The Spanish company Konecta and the Government seek to position the Chaco among the first three provinces with the highest employment generation in call centers. 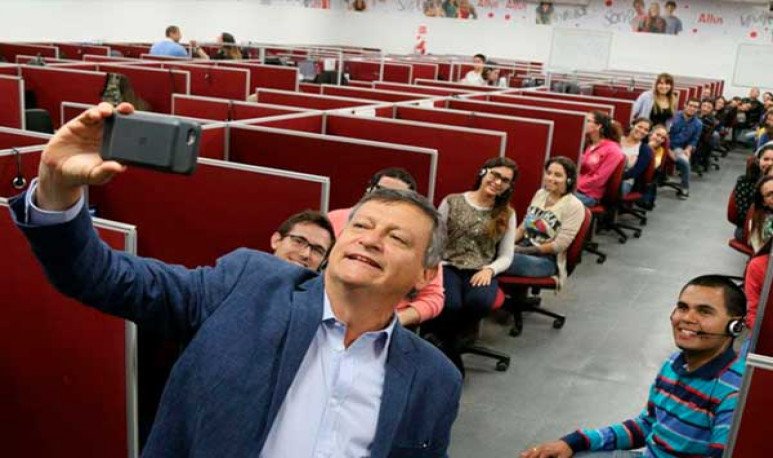 Chaco has 6600 workers in the call center industry and will exceed seven thousand in the coming months. This was highlighted by Jorge Capitanich and said that the goal is to achieve in the next four years 10,000 jobs in the sector. Something I'd do with  Konecta .

The government seeks to position the Chaco among the first three Argentine provinces with the highest generation of formal private  employment  in call centers. This is a sector that provides employment opportunities for young people and women. Seventy per cent of the human resources in the sector are  women , while 60 per cent of the jobs are in the first job. The governor stressed that young and women's employment is needed today.

They will develop a policy to stimulate companies to increase demand. They will seek to drive innovation projects in application software and data center models for companies. Added to this is the advance of the fiber optic network and the Last Mile in the provincial territory. Also the Capricorn network, which will generate an alternative system of communication worldwide.

Konecta is one of the  companies  that belongs to the “Big Five” of this subject. Also present were the Minister of Production, Industry and Employment, Sebastián Lifton; the Undersecretary of Employment, Lucas Cepeda Iván Moreno; the CEO of the company in Argentina and Director of Operations in Argentina, Lautaro Pelizza; and the manager in Chaco, Fernando García.

Incentives and support to the sector

Staff members engaged with staff and met with managers to chart prospects for the rest of the year. This sector allowed the  Chaco  to be one of the main destinations for the establishment of this type of activity. With the incentives granted by the Province, the conditions are in place to reach the goal of 10,000 jobs by 2023.

It generates the possibility of first employment for young people, it is a formal job and they generate experience. As they are on short working hours, young people can also continue their studies.

Among the specific incentives for the call center sector, Lifton stressed that, in tax matters, it has exemption from gross revenues and stamps. Also compensation from the executive branch of a percentage of the wage bill.

Moreno stressed that, thanks to the public-private relationship, Konecta has been developing a steady growth since its installation. From the beginning he had support from the provincial government for job creation. Jobs that generate value and knowledge for employees.

The CEO of Konecta explained that the call center changed from traditional telephone to social media. Its main clients are Movistar, Telecom, Personal, Telefónica, Telecentro, Mortgage Bank, Zurich Insurance. In addition, efforts are made to incorporate the Nuevo Banco del Chaco S.A. and Secheep into the client portfolio.

Konecta settled in the Chaco in 2011 with an initial workforce of 400 workers. The 5000 m2 building in Resistencia required an investment of 5 million dollars. In addition, it made additional investments of over $1 million in technology infrastructure.

It was created in 1999 in Spain and in 2016 acquired the company Allus Global BPO, which had originally been installed in Chaco. Konecta has a presence in Chaco, Cordoba, Buenos Aires, Mendoza and Santa Fe. It generates 6500 formal jobs in Argentina, of which 2100 are in the Chaco.