Inti Zen is an exclusive and successful tea brand, behind which is an enterprising family. 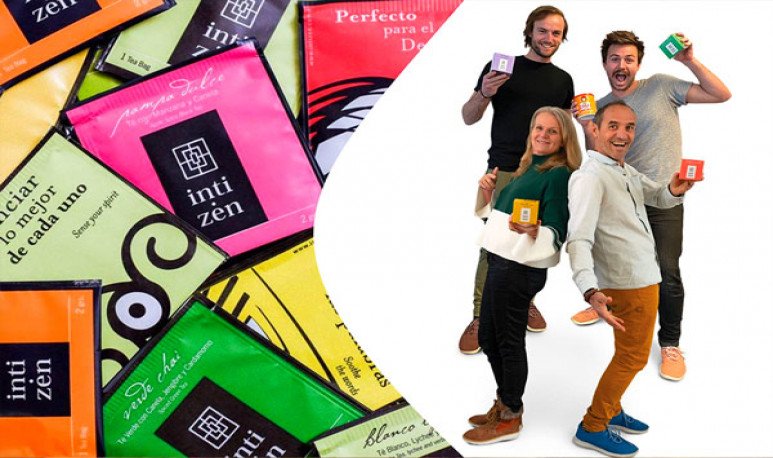 The Japanese have a word that contains a beautiful concept:  satori . It has to do with a moment of enlightenment, of discovery. It is a moment of clarity that, for Buddhism, is reached from meditation. Maybe that's what happened to  Guillermo Casarotti  who, after going through a very hard stage in his life,  had an idea that changed everything.

At 40, Guillermo took a full turn. After a lifetime of working in a relationship of dependency in large multinationals, the  crisis of 2001  did not pass without consequences for him. Without work and disoriented with the direction his life should take, he felt that his body and mind needed calm. In 2003, he decided to carry out a  spiritual retreat  in a monastery in the city of Azul, in the province of Buenos Aires. No, he didn't have a revealing image in the middle of a meditation. It happens that the mind, sometimes, needs calm to find the solution. Because  the answers come not from thoughts, but from stillness.

That stillness he achieved in his retirement was, perhaps, the one that allowed him to glimpse something he had never thought about : being an  entrepreneur  . On the way back home, he knew for the first time what he would do thereafter. What emerged from that trip was  Inti Zen, a gourmet tea brand that today bills 40 million.

William met his wife,  Anne Sophie,  on a beach in Greece. She is a French landscape designer and sculptor who instantly arrowed him. Among many things, they shared something that would later become their ritual:  they are both tea lovers . Together they approached this project, which took place almost naturally.

As consumers of  imported infusions , they had felt in their own flesh the lack of such inputs in supermarket gondolas after the 2001 crisis. There was, then, a gap in the market that they decided to fill with a novel idea:  teas with mixed identity, with typical strands of the East mixed with flavors from here . The name they chose for the brand synthesizes that intention: in  Inti Zen  they combine solar energy in Quechua (“inti”) with deep silence in Japanese (“zen”). Two identities in the same brand.

The third piece to give life to the project was  Inés Berton , a tea blender that was revolutionizing the world of tea at that time. He became their advisor and helped them develop the  perfect blends , full of aromas and flavours.

On the way, they were learning. Today they are engaged in developing their own mixtures, with raw materials from all over the world,  in a German laboratory . In addition, they have a plant in Del Viso (Buenos Aires), where the production process ends and distribution begins. They have more than  5000 points of sale  throughout Argentina. And they export to Chile, Peru, Bolivia, Uruguay, France, Spain and the United States.

At first, they had only 6 varieties of tea, rather classic, but with a little touch. Today he has 15, with more risky options, such as hibiscus, mangoes, papayas and dulce de leche. Over the years,  its consumers became more demanding  and the market expanded. It was then that they had to offer  more exclusive options , such as organic and natural blends, infusions with aged strands and ultraselected blends.

Then the young blood joined the company.  His sons Diego and Theo came to provide an innovative idea  for Inti Zen, something that their parents would have thought unthink—a powdered tea  . This is  chai latte tea , an ancient Indian drink made from black tea, natural spices and milk. In this way, they launched a parallel line:  Indi Chai.

Quarantine  stood in the way of launching this new brand. So, the family decided to give a new meaning to the project.  They turned the marketing campaign into a solidarity campaign:  the samples that were to be used to publicize this new product were donated to hospital  guards  for health workers and patients.

Surely, the future will bring new proposals for this family that made his passion a success.