Home Argentine Business and Enterprises From scientist to entrepreneur

From scientist to entrepreneur

Florencia Allevatto is chemical engineering, but decided to make a change of course in his career and today he is at the head of a millionaire company that produces aluminum structural profiles. 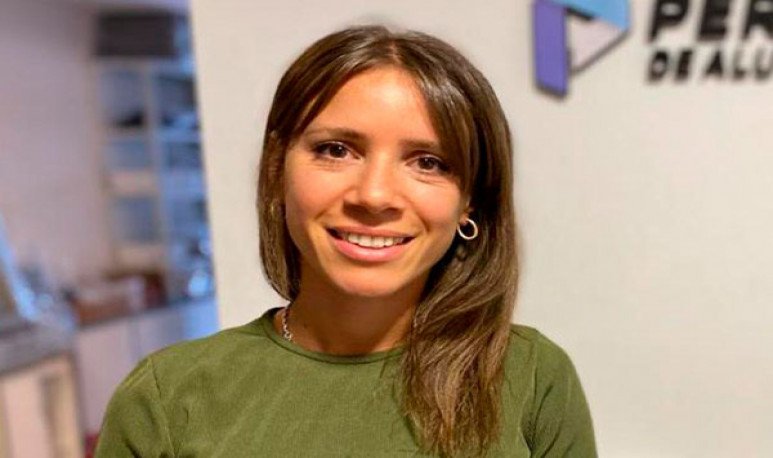 Sometimes life leads us down roads that weren't what we had planned. Like an epiphany, we see it: it's out there. Something like that will have happened to  Florencia Allevatto , a chemical engineering from the UBA that  discovered a  business  that has nothing to do with its specialty and today it is invoicing millions.

It all started in 2018, when Florence  returned from a sabbatical  that had been taken to travel the world. Before he left, he had quit his job and, when he returned to the country, he found something lost. However, he decided to try his luck in a field that, until then, was alien to him. I had heard that, in Argentina, it was difficult to get  structural aluminum profiles . And, of course, import came with dollar prices.

To start digging into the market, he first bought some profiles by Amazon and resold them in Mercado Libre. Seeing the positive response, within a few months  they were encouraged to produce them locally,  trying to lower costs as much as possible. It was made of the necessary machinery and financing that helped her get started in the business.

At first, he began to perform  aluminum structural profiles  for 3D printing machines and CNC machineries. Then, he added profiles for carpentry, windows or floors and T-Tracks profiles. All those products which, until then, had to be purchased outside, could now be purchased at much more convenient prices on the local market.  The business began to grow non-stop.

In parallel, Florence was offered a job at the  National Atomic Energy Commission (CONEA)  to carry out its investigations. But her task as a  scientist  was incompatible with her work as an  entrepreneur  : she had to choose one of the two, and  she played fully for her  entrepreneurship  .  ProfilesDealuminio.net  worked much better than I'd ever imagined.

The power of the pandemic

Unlike what happened to most people, for Florence the pandemic only brought more growth. He had two advantages in his favor. On  the one hand, their venture already worked through online sales,  the mode of buying that people began to turn more and more, on the other, the confinement caused many people to focus on  refurbishing their homes  , with which  the sale of profiles of aluminum exploded.   These are used in luminaire, furniture, curtains and for hanging pictures, among other functions.

In addition, many turned to  hobbies  such as carpentry and others were forced to  boost their own ventures  to alleviate the crisis, so aluminum profiles were transformed into the raw material of different products that they could later market.

The result?  ProfilesDealuminio.net recorded a growth of up to 400% in sales  compared to 2019, with a peak in demand that occurred in June. Then the curve decreased slightly, but demand continued to be 300% higher than the previous year.

With this sustained growth, the company aims to launch  distribuidoraDealuminios.net , for those who need to buy  higher volumes of material , such as construction companies, manufacturers and architects. The idea is to produce on demand, which will allow to lower costs and avoid storage.

From importers to exporters

Florence launched a business that was born from import and, now,  begins to target  export .   They are already doing so in Chile, Uruguay and Paraguay, but they are planning their products to reach farther countries, such as Mexico and Spain.

By 2021, the company expects  to invoice 85 million pesos . It was only three years since Florence returned from his trip without knowing what to do about his life. Vision, talent and the ability to find a place in the market make her a  successful entrepreneur today.

Native Whisper: a weed for every moment