We tell you the story of the Cordovan ice cream shop that does not stop growing. He was born in Alto Alberdi and is now all over the world. 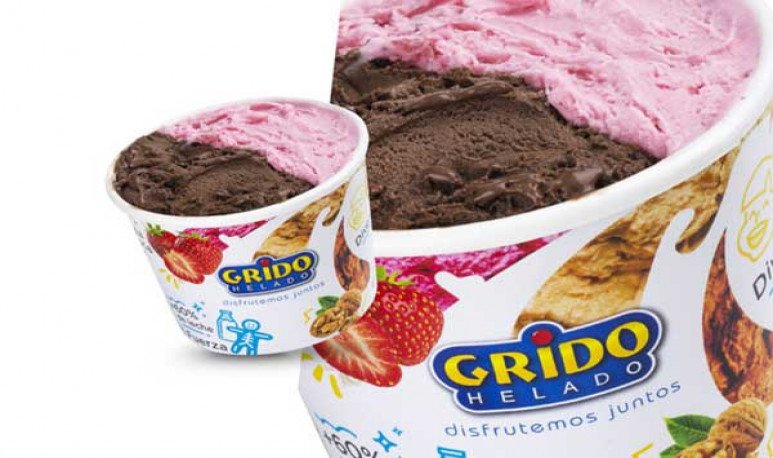 In 2000 there was a new venture of the Cordovan family Santiago.  In front of  Jerónimo del Barco square in Barrio Alto Alberdi  they installed the new family project: Marvic. An artisanal ice cream shop that would awaken the sweet side of all the Cordobese.The brand began with  50 square meters arranged for artisanal production of ice cream.  With Italian machines that had the capacity to produce  60 liters of ice cream per hour, they supplied the microSMEs.  Only using 8 hours  a day for the Marvic line, but this lasted shortly. Watching the brand's performances and constantly working,  the family had a revelation.  Lucas Santiago, head of the project and father of the family, was betting all the chips on ice cream consumption.  He knew the key: popularize prices and get to neighborhoods where big chains didn't step on.

“My old man always had in mind that ice cream consumption was very low and argued that it was not so much by demand, but by supply: the product did not reach the neighborhoods. That's why he saw this opportunity in the crisis: many people who  were left out of work  and could set up an ice cream shop to survive, with a low investment cost,” says Sebastián Santiago, the heir, media.  Today he is the commercial director of Helacor,  the company that owns the Grido brand.

With the 2001 crisis,  the Santiago saw the opportunity: bring ice cream to the neighborhoods at a popular price.  Redoubling the bet and generating a  massive reach mark.  Marvic gave room to what is now Grido.  With a franchise system  and the machines of the shed Marvic,  working all day  they supplied  the first 10 franchises.  This mechanism “allowed to reach the periphery and that ice cream ceased to be a product that was consumed in an exit, to one that could be purchased every day,” says Sebastián.

Two years after the key bet,  they reached 50 outlets.  Thus, they had  to change the 50 square meters for a shed of 800 square meters  located in General Paz neighborhood in 2002. And, in 2005, he moved again: they had already reached  300 ice cream parlors.  Reaching an average of  100 franchises per year. Grido grew so much that Helacor moved  to Ferreyra's industrial park  , where they are currently located. From there they supply all franchises. 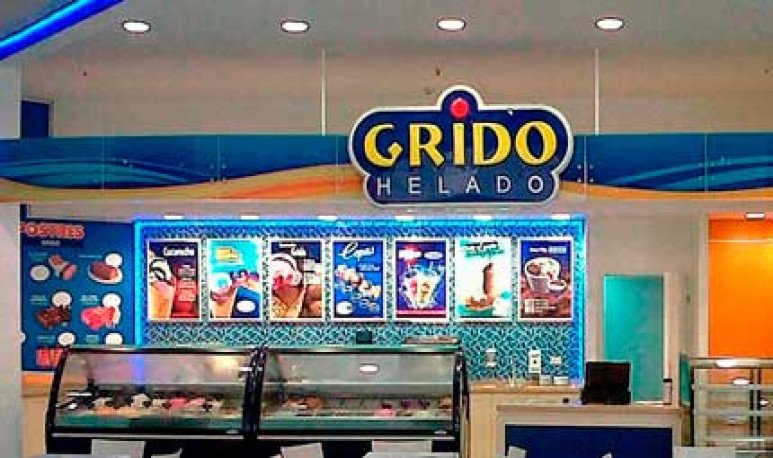 Behind every name is an anecdote. In the case of this large company it is a mandatory and sudden change.  The initial name  with which they launched  the first franchises and posters was  Gricco.  But, in a propaganda for Marcelo Tinelli's program, the Santiago family realized that the name was already registered. It was an ice cream from the Nestlé chain that carried that mark. It was mandatory to twist the initial name, as this could bring legal problems and obstacles in marketing actions. So it was that the Santiago looked for a name that would not force to change the letters much and that is quickly solvable:  Grido.

The Grido ice cream shop became one of the largest companies in Cordoba  and an emerging success. Today it has  1,700 points of sale located in all Argentine provinces.  In addition, it is located in  three neighbouring countries.  In 2006 they opened franchises in  Chile,  after 6 years in  Uruguay.  And, only 3 years ago, Grido arrived in  Paraguay.  It thus became  the fifth chain of the largest category in  the world .  But the bet continues: Bolivia, Peru and Brazil still do not have these Cordovan delights.

The key to this family business is innovation.  Always betting on more. Grido  is constantly updated  offering new products. They started only with cream ice cream, but currently have different product lines.  Ice cream desserts, smoothies, extra cereal packs and ice cream candy, up to a line of frozen foods!The latter were developed  by the Frizzio brand  that offers pizzas, battered chicken breasts and empanadas.Another bet is the line of  Via Bana social ice cream shops,  with which we try to grow much more, providing a bit of sand  to build a better world,  through food that brightens the heart.