Guillermo went from sleeping with his family in a van to having a successful venture. Willingness, work and desire to be better. 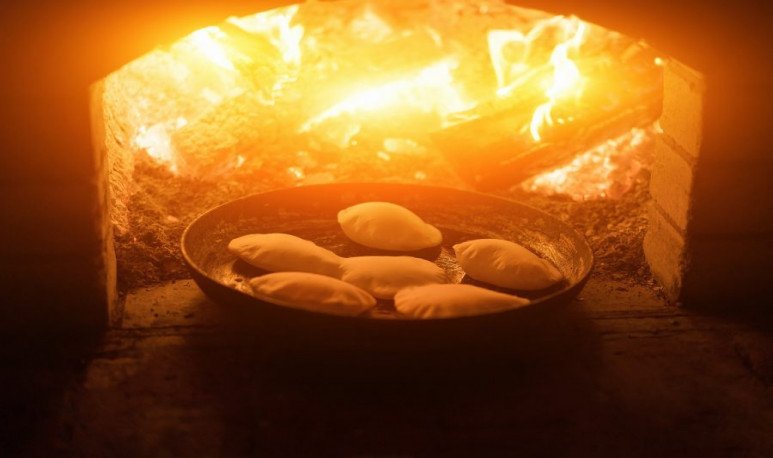 Willingness, work and desire to be better: there are no magic recipes to get out of a bad time. If not, ask  Guillermo Suárez , a  Santiagueño who went from sleeping with his family in a van to having a successful  venture . Your business? He's got a  pie factory.

17 years ago, Guillermo was out of work and in a depressive well. But he had his wife and two-year-old son who depended on him, and he drew strength from where he didn't have to get ahead. With a  clay stove  and a van that could not anymore, they traveled the 380 kilometers that separate  Santiago del Estero  from    Cordoba  . He was convinced they would do well there.

When they arrived in Cordoba, the first days they slept in the  van , parked at a gas station. With borrowed money, they bought five kilos of meat, flour, onions, and started their dream. While they were baking on the street,  Guillermo  went to a locutorium and called two television channels and a radio. He impersonated a neighbor and launched the scoop: “Come on, there is a  Santiagueña family  making  empanadas  in a very picturesque  clay oven  , they are giving away.”

Will, work, desire to be better and many dozens of empanadas, then, was the recipe that worked for Guillermo and his family.

Yeah, that's it.  Edward Charles Prado, as part of his visit to the city of Córdoba,  decided to eat at noon in one of the premises of “El hornito santiagueño”  . The menu tasted by the diplomat consisted of Locro,  humita , Creole and  Arab empanadas.

The visit was scheduled a few days earlier by staff from the diplomatic headquarters, but it was Prado who specifically requested that the reservation be made there. The diplomat had read the history of the entrepreneurship and  had moved him to such an extent that he felt the need for a visit to meet Guillermo personally and enjoy his tasty traditional food.

In a note for the newspaper La Voz, Guillermo pointed out:  “The truth is that we are low profile and all this surprised us. Even my wife, who is the other protagonist of our arrival in Córdoba, did not want to come, a little moved by the shyness of having such a personality in our restaurant.  ”

At the time of payment, the owner of “El hornito Santiagueño” refused to charge the ambassador and in gratitude the diplomat gave him  a pin with the US shield.

After the protocol greetings and photographs to portray the moment, a representative of the commercial attaché told Guillermo  that they wanted “El hornito santiagueño” to put some branches in the northern country . Given this comment, the entrepreneur replied that they are currently assessing the possibility of disembarking in Miami.

Later, the ambassador and his entourage undertook the retreat with the full belly and the special gustito of the delicacies they prepare in El hornito.