Uncertainty in the ICT sector due to indefinition. In the country, technology companies have had exponential growth in recent years. 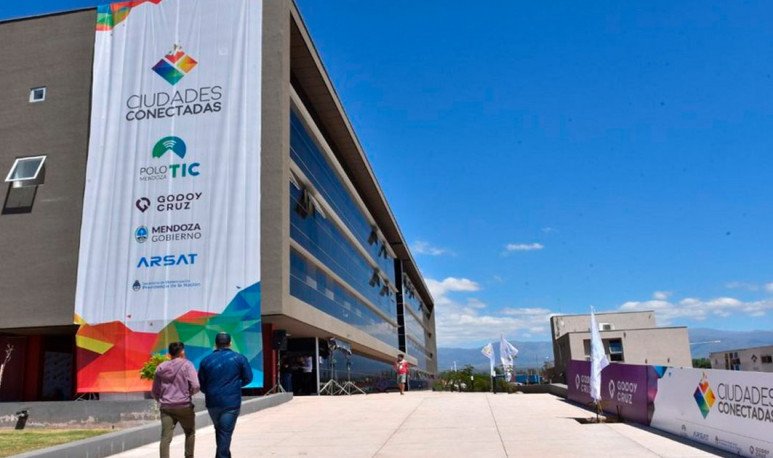 Knowledge-based industries have experienced an important boom in recent years, and the most tangible proof of this is when you visit  the ICT park of  Godoy Cruz  , where a few years were enough to generate an ecosystem  entrepreneur  who already has more than 20 companies  and expansion plans that would double the current area.

But certain indefinitions and the fiscal voracity of a government that needs to collect from where it can be, have put uncertainty on the actors in this scenario.  The polo president Fabricio Cuaranta summed it up precisely,  stating: “In this instance I think reality surpasses fiction in  Argentina , and it is also true that   we are living very turbulent years in fiscal and political terms, so all these decisions that one did not expect out there are to be expected, more given the time of year in which we are and the institutional circumstances that we find ourselves. Here far from wanting to find some responsible — we are all as Argentineans — and it is time to take care of some decisions. We all have to put a bit of sand in order to understand and collaborate to get out of this situation .”

Measures with side effects

On the decisions, he stressed that “ they are not measures taken to go against an industry or a given economy, they are economic measures that have collateral aspects . Taking a stand these days after the ministerial resolution, resolution 30 of 2020 that Matías Kulfas took, does nothing but relieve and try to put cold cloths to a fault that is discovered with the law of economic emergency of the beginning of the year, which is not the  responsible for  this, but it is a measure that, having not finished completing the regulatory decree of the law of knowledge, the 27.506, which aimed to replace the law of software, then when it falls into a situation of instability, advance on this to cover some holes, they realize that when they touch the non-taxable minimum — that the law of knowledge established at 17 thousand pesos, they lower it to 7 thousand-, and  there kills the law of  knowledge , a law that was an achievement of the Argentine state that came out almost unanimously, and we saw it with very good eyes .”

Quaranta stressed  that the law “expanded the base, because if it went well to the software, then with the incorporation of robotics, nanotechnology, satellite development, and with that same exemption from tax charges projected to 15 years , it would be contributing to the Argentine economy and enterprises a major diversification”.

The reality of the province

Strictly, it is clarified that what failed was the regulation of the law, which expired on January 20, so what was done is to suspend the applications to benefit, and as we talk about tax issues, it is emphasized that they are preparing a draft for Congress in extraordinary amendments to the Law knowledge and bring it up to the Economic Emergency Law. “That is the situation in political and institutional terms, but if you want to see the economic reality of the province, the region and the other provinces, it would not be one of the problems that they accuse the Tic Park, what affects us most has to do with the exchange rate.”

The president of the polo said: “ The knowledge  economy  has zero percent unemployment. In addition, 80% of what is produced is exported, that all that is charged is charged in dollars at official price . But in the case of the products that are produced, the inputs are paid in dollars with 30% , so SMEs, because most of the ones that make up our local park are SMEs, have that problem, and not so much that of applying to exempt themselves from social charges.” This problem mostly affects companies like Mercado Libre, Globant, Despegar, which have thousands of employees and where the category makes a big difference.

Another mandatory consultation in this context is whether the investments expected in the sector were slowed down , to which the official replied that “it is very soon, and it would be irresponsible for me to say what the real situation is, in January and days after the approval of the regulations that we are talking about. The reality is that it is a sector that has accumulated sustained progress over the last four or five years , we have spoken that this is crystallized with the presence of the park, the need to expand the park to double the hectares it has today means that it remains a thriving sector and with much potential”.

Can't be measured with the same rod

In addition, he emphasizes that “with the rods that are measured to the different sectors of the economy, this sector cannot be measured.” In this field work has other configurations, there are many who do it in a free lance way, there are many people working for companies abroad and you can work remotely. “I don't estimate for the man's hour price, because of the projections, that national  companies  leave the country, they are shocks but they make a staggering scenario that we were not accustomed to them,” he explained.

Finally, about when there will be certainty about the definitive rules of the game, he said: “I think everything will be like this until the debt is renegotiated, and that is why we will see the viability of laws that are going to be punished. The whole economy is tied to that situation.”