Home Argentine Business and Enterprises With the shirt well on

Beyond the sports adrenaline produced by the World Cup, there is no doubt that nationalism sprouts in the skin. 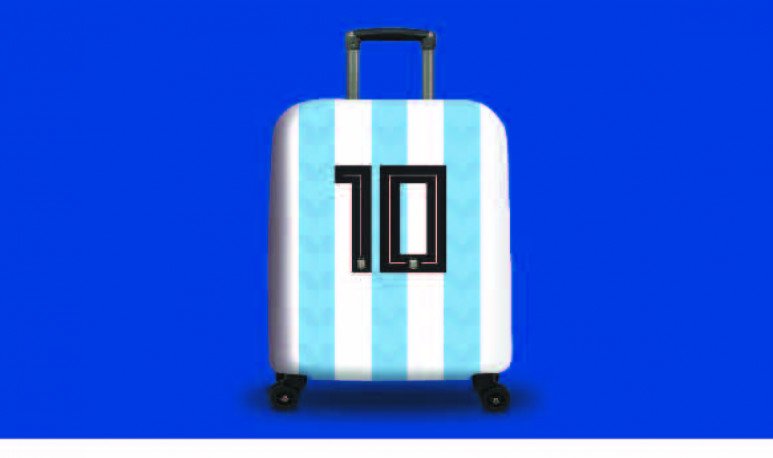 Beyond the sports adrenaline produced by the   World Cup  , there is no doubt that nationalism sprouts in the skin.

To accompany the lucky ones who traveled to  Russia  to encourage the selection or passengers with other destinations, who want to emphasize the pride of being Argentinean; the  CUBRITAS  firm launched a limited edition of baggage with the exclusive license of the  AFA . They replicate the titular and alternate shirt of the selected.

With the intention of achieving excellent adaptability, they are presented in three sizes: girls, medium and large.

In order for nothing to tarnish the trip, the purchase of the cover includes a baggage search service and compensation provided by Assist Card. In case of loss, a refund value of up to USD 1200 can be managed. In addition to the care of the suitcases there is a free medical assistance service to the traveler during the first 48 hours.

But as they say: “It is better to prevent than cure”, the covers have an anti-vandal closure, through a kit of seals that secure and detect if the luggage was adulterated on the way.

We don't stop until the glass!

Brands play their own World Cup with releases and promotions

Every four years, brands seek to take advantage of the fanaticism that is usually generated by the  Argentine National Team  's participation in a  World Cup.   Before the start of the 2018 Russia World Cup, many companies present in Argentina began to show products alluding to the football tournament.

Although the team has exclusive sponsors, from the different companies they manage to associate their image with that of the Argentine team and the tournament.

Huawei's campaign has  Messi as the main protagonist. The company's marketing director for Argentina said they will include pictures of the astro on the screens of the entire portfolio of products available.

In addition, at some points of sale the firm presented a playful unit for the consumer to test their phones and play in various activities related to football. In others, the purchase of a Huawei product brings a gift associated with football and the national team.

Noblex , official sponsor of the Argentine National Team, presented an exclusive Smart TV line with the logo of the National Team.

LG launched its own app called Football, Live Statistics.  This app allows users to be connected at all times and know the team's formations, results and upcoming matches.

Mobile phone companies offer tempting promotions for international roaming service. In the case of  Personal,  with the World Pack customers traveling abroad between June and July will have whatsapp free.

Claro , the official sponsor of the National Team, offers roaming plans at local prices in Russia and 10 European countries for the duration of the World Cup.

On the Movistar side, the firm launched the promotion of its roaming service “All Inclusive”, which reaches 100 destinations in its offer, including Russia, on the occasion of the World Cup.

On the side of sports brands,  Puma  launched a limited edition of booties, which will be marketed only for the duration of the World Cup.

The supermarket chain WalMart held football tennis championships with renowned players in their stores. He also made the installation of a dome to see the world cup in stores in Salta, Cordoba and Mendoza.

He also added the world passion to his usual “The Week of the Donuts” officially licensed event from The Simpsons. In addition to the variety of flavors, there is a novelty: the official doughnut with albiceleste glaze to encourage the selection in each match.