Home Argentine Business and Enterprises Between innovation and sustainability

A Cordovan company is a trend and innovation in recycling. We tell you everything about Elypson Industries. 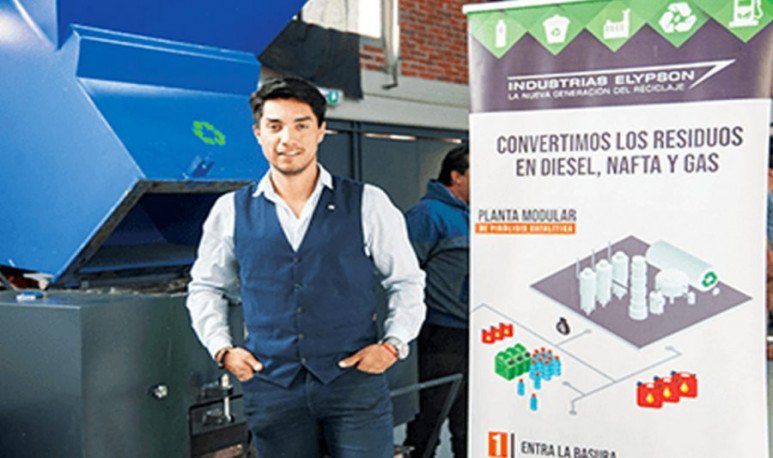 It is a  Cordovan venture  that is growing more and more.   Elypson Industries    is led by a young man who saw  the profitability  of sustainability. It was so that Rodrigo Dominguez at the age of 20 had a revelation. It all happened from their concern for the environment and, above all, because of the excessive amounts of waste that we generate every day. Also thinking about the impact of open pit garbage. All that led him to reflect on   new forms of production  . That's how he began to visualize his project. And he bet on a  100% ecological creation.

Industrias Elypson is responsible for manufacturing  all kinds of equipment  that serve for the  reuse of waste . The end result is  diesel fuel and electric  energy   . That is, this venture turns garbage into resources. The machinery developed by the young entrepreneur turns lush amounts of dirt into energy capital. Approximate numbers record the conversion of  25 tons of  garbage  . And the result is  10 thousand liters of fuel  and in 25 MW (megawatts) of energy.

In addition to having a large environmental impact, SMEs have its  social and economic impact. It also generates  green programmes , through which many companies can join in participating. Schools, supermarkets, other SMEs, hospitals and schools can participate in Elypson Industries proposals. This venture is Cordovan, but it is installed in  Tierra del Fuego ,  Vaca Muerta and, soon, in Córdoba.

Elypson Industries emerged from the  MIEL program, through which Facebook provides resources to entrepreneurs. MIEL aims to support different projects with environmental impact, with  resources  and tools to carry them out. So Industrias Elypson and many more companies in Cordoba, Mendoza and Buenos Aires receive economic support through this program.

This business is growing more and more. It has a  strong ability to adapt  to any category. And the idea is that these  forms of recycling  reach all areas. The compacting presses created in this company are adaptable. As well as the type of resource that can be generated with waste. The ultimate goal of the company is  to reduce the waste of each  company  or business by 80% . Believe it or not, with Elypson Industries, it's possible.

What is the height of an Ambiente official?

The “telos”, with a new function

Salvation is in Cordoba

15 years of the forefront in telecommunications