Alejandro Resnik is the creator of Belong, a successful platform that connects tenants with landlords. He plans to open an office in Buenos Aires for which he is looking for “40 Argentine digital talents.”

Today we want to tell you the story of an Argentinean who emigrated to the  United States  and founded a millionaire company, but he is convinced that, in our country, there is something that does not abound in the world: talent.  Alejandro Resnik   is the creator of   Belong  , a digital platform    that seeks to connect tenants with owners and is already a success in California. Affiliated in  Silicon Valley,  he wants to open a company office in Buenos Aires and search for  40 local developers  to join their team.

Alejandro's story began in the Buenos Aires neighborhood of Flores. There he learned to program in a  self-taught  way when he was still a child. His commitment earned him scholarships, first, at the  ORT School  and then at the  Instituto Tecnológico de Buenos Aires (ITBA),  where he studied Engineering. From a young age he knew how to bring out his  entrepreneurial spirit , when he created an Internet domain registration company and an e-commerce of healthy products.

Like many of our wonders, Alejandro's fate continued outside the country. Nine years ago he lived in the United States, where he first performed an MBA at the  Massachusetts Institute of Technology (MIT),  in Boston. There he gave life to  Beepi , a place to buy and sell used cars. In a short time, the project became an event: in just two years, it came to be worth  500 million dollars.

A platform for the new times

The next step in Alejandro's career was announced: he moved to  Silicon Valley  (California), the mecca of world technology. In 2018, he created  Belong , a platform that functions as  an  Airbnb for rentals over one year . And, in addition to joining landlords with tenants, it also offers the option of making home repairs or procedures with the consortium.

Since it was launched,  Belong hasn't stopped growing up . It bills 10 million dollars a year and has 400 employees.  It already operates in over 100 California cities and plans to continue to expand. During 2020, the pandemic accelerated growth and multiplied the number of users of the platform by five.

According to Resnik and his partners Owen Savir and Tyler Unelise,  Belong responds to a   cultural change  that is taking place in the United States and around the world. While the “own home” remains a dream for many, new concepts open up, and renting a home that meets our needs, without tying us to endless mortgages, is an option that many people are choosing.

During the past year,  Alejandro Resnik capitalized his company with 58 million dollars.  Some of its most prominent investors are Jeff Jordan, a shareholder of Airbnb and Pinterest; Eric Wu, the CEO of OpenDoor, a real estate trading platform; and Larry Summers, the former US Treasury Secretary. 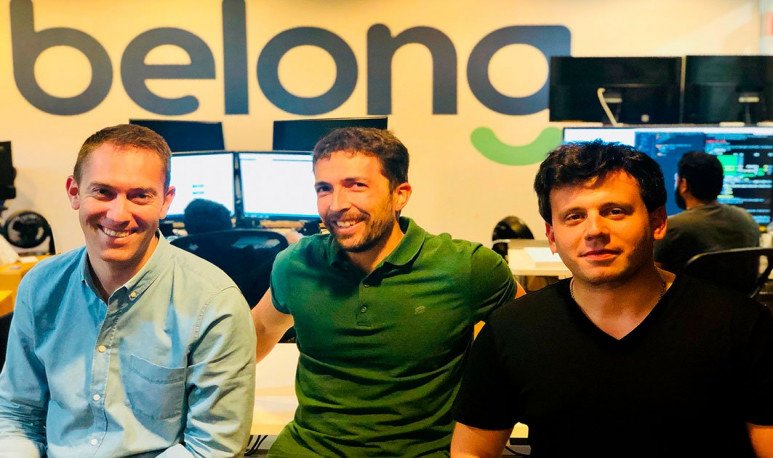 With a promising projection, Belong continues to grow.  Resnik is planning to open a third office of the company, based in Buenos Aires.   During this year, it will convene  “40 Argentine digital talents”  to work on software research and development. In this way, they will be able to join their team developers and computer engineers, both junior and senior.

Alejandro Resnik is convinced of the value that Argentine human capital can bring to Belong. He says  talent like the Argentine is very difficult to get elsewhere in the world,  even in  Silicon Valley . In this way, the  brilliant local digital minds  will be able to develop their career on a challenging project without having to leave the country.