They seek to include the unbanked in e-Commerce through payment in installments without card for online stores, with a simple to use platform. 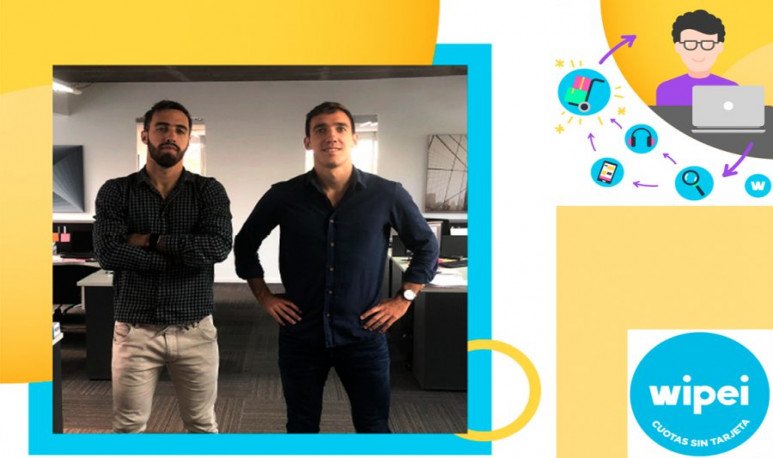 Javier and Juan Cruz Álvarez Wrobel are  Argentine brothers and entrepreneurs . Together they launched  Wipei in January this year, the first means of payment in Latin America that allows you to buy online in installments and without a credit card.

The tool is born from the desire to democratize eCommerce.  “ 9 out of 10 people are connected to the internet through their cell phones. But more than half can't buy online because of lack of funding . With Wipei we look for this possibility to be for everyone,” the brothers argue. Currently, 50% of the workforce in Argentina and Latin America do not have a bank account and another 25% have one, although no possibility to access a credit card.

Its operation is simple.  Once the product is selected, the wipei payment method is chosen and the amount of installments is selected.  To cancel them it is possible to do so through Rapipago, Easy Pay, Bank Debit or Pay My Accounts. The f inanciation can be up to $20,000  to be repaid in up to 9 monthly, fixed and consecutive installments.
The benefits of incorporating Wipei as a means of payment for those who sell online are several: increasing traffic due to the inclusion of a new segment of users; increasing the average ticket thanks to financing; and avoiding immobilized stock due to the immediacy of the transaction. In addition, up to 70% of credit card rejections can be capitalized thanks to the algorithm with which the tool works that determines on the spot the user's actual ability to pay.

The new Argentine fintech developed the technology in conjunction with Amazon Web Services, Wolox and Equifax and integrates with the region's leading e-commerce platforms in hours. To ensure the protection of the transaction, it operates with SSL certificates and under the security standards of major financial institutions.
The model was already implemented in the United States and Europe  under the concept of “Buy now. Pay later” where it is mainly used by electronics and fashion brands such as Lenovo and Forever 21.