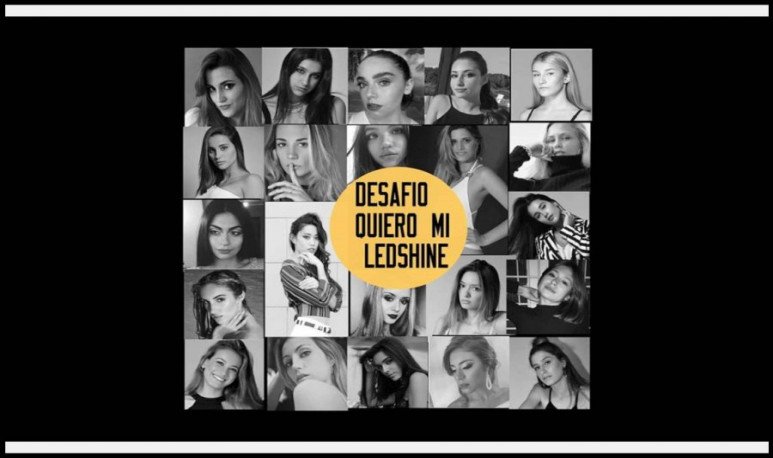 Matias Delfin ( 38 years old) is the founding partner and CEO of Ledshine Group, Papa de Becca, passionate about lighting and lights. He is defined as a serial entrepreneur, since he has a memory he devotes much of his life to thinking about business or ways to sell something. A person who really enjoys seeing how an idea becomes a product and then into a brand. 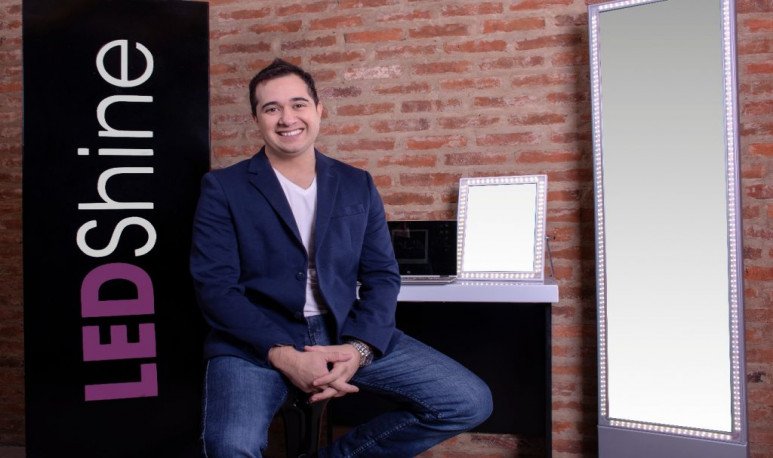 Matías with its LEdShine brand products

“ I haven't worked for a long time, because I'm lucky enough to be able to live what I'm passionate about!  “

During a photo production in Santiago's studio (his photographer friend), a challenging idea came up: 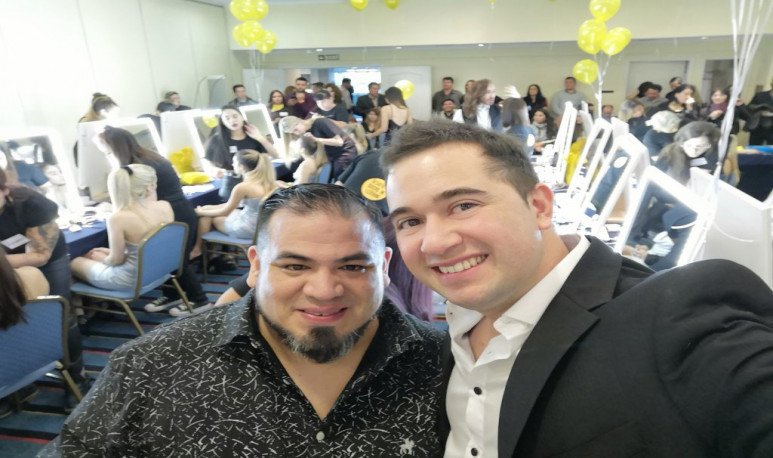 “ Santiago told me that to generate material we had to make a makeup artist competition, originally it was going to be in the studio of him, then we were putting everything together and thus was born the LEDShine Challenge.”

This is a makeup artist competition, all working with the same team of professionals and under the same slogan.

Santiago Zequeira , from the city of Lanús, was interested in audiovisual arts since childhood. It was with the passing of the years that he found photography: a way of showing different realities.

“ The idea of the challenge was born from the constant interactions with makeup artists, so many who do not have a place to publicize their work, I told the idea to Matías and together we were putting it together, the main goal is that each makeup artist can challenge himself.  “

Here are the winner and the 4 (four) finalists who accompanied him during the final stage of this challenge:

His career began as a hobby 12 years ago and over time, he became a passion and his vocation. Finishing high school studied for stylist and combined both professions, but it was not until October last year that he obtained his make-up artist's degree in the studio of Nathacha Nina, achieving the best average and first place of the career. 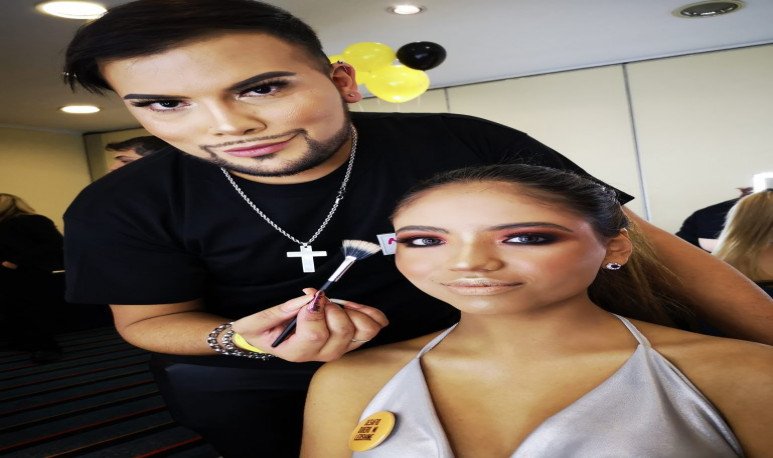 Matías with her HB Models model during the challenge

“ Previously, I could never do it, for economic issues, but I have a life partner by my side, who drives me to continue, move forward and grow. It was precisely he, who scored in the Challenge and even with fears and doubts, decided to participate. I am a believer, that everything comes to its time and to surprise us. Never lower your arms, or give up your dreams, because fighting and proposing it, you will go very far.  “

Professional makeup artist and Francisco's mom. He began to delve into the wonderful world of Makeup in 2010. She studied with Irene Paré, makeup artist and head at Ideas del Sur. In addition to perfecting techniques with Irene, he also took courses with Cecilia Katz, Vero Fioravanti, Jacqueline Ambros, Marcela Chapuis, Marisa Del Dago and Maria Belén Diaz, among others. Versatile, passionate and dedicated, always using the latest techniques and trends. 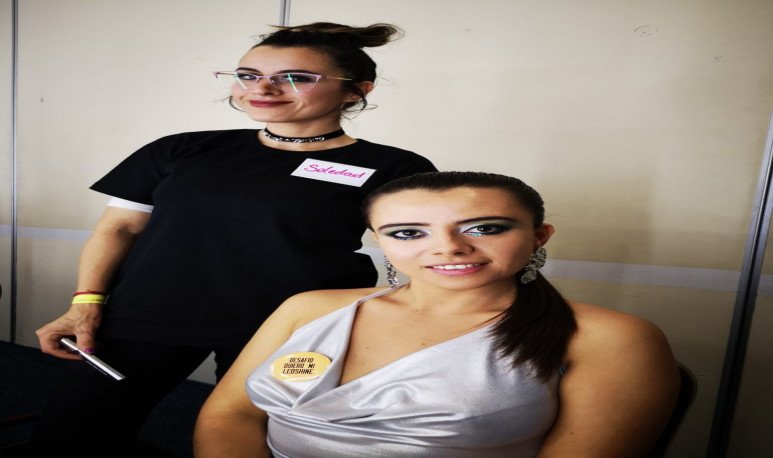 Soledad with your HB Models model during the challenge

Artistic makeup artist and illustrator. When he came to Argentina he trained in professional courses in advanced make-up. She had the joy of being a makeup artist for Dior and there she expanded her knowledge much more, not only in the art of makeup but in formal events and knowing the world of makeup in our country. 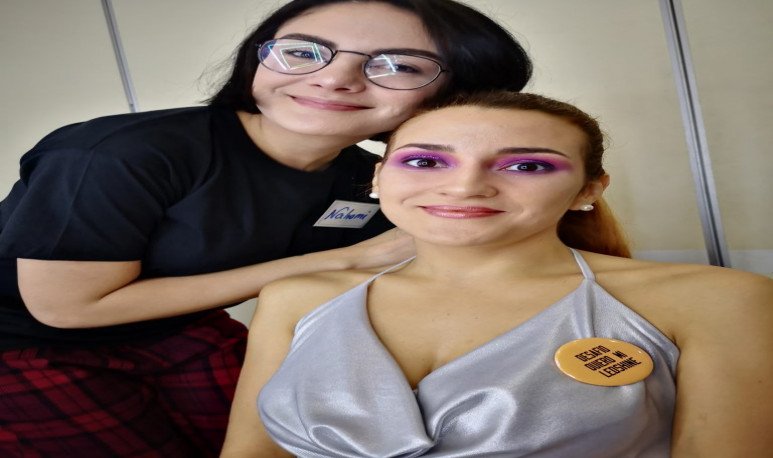 Nahomi with his HB Models model during the challenge

“ Now I know that I can make up with anything and that's beautiful because it encourages and overcomes fears and so we grow as an artist behind makeup and art.  “

Aina's mom, as a couple eight years ago. Crazy about makeup for 5 years and obviously Professional Makeup Artist. She studied with makeup artists such as Laura Rollandi, Daniel di Franco and Daniela Rodriguez. 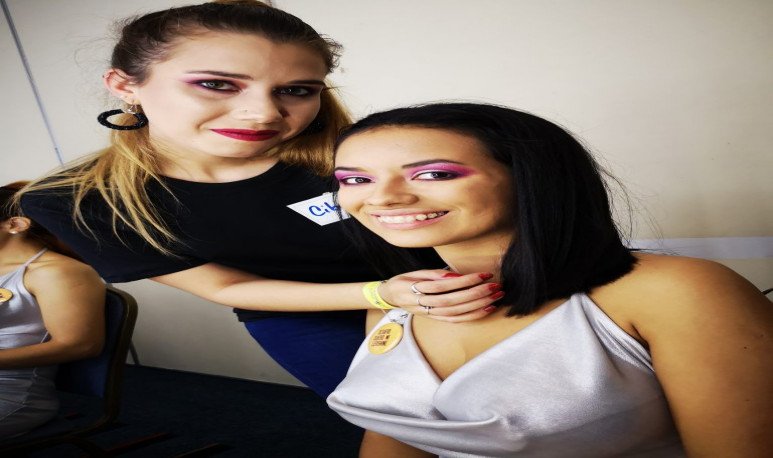 Cibeles with your HB Models model during the challenge

“ I thank God above all things for having seen my heart's request, nothing is impossible, I checked. It's just about setting goals and persevering in them.  “

He lived in Argentina 5 years ago and 2 years ago he started with the passion of make-up. She received her professional makeup artist last year in the city of La Plata. 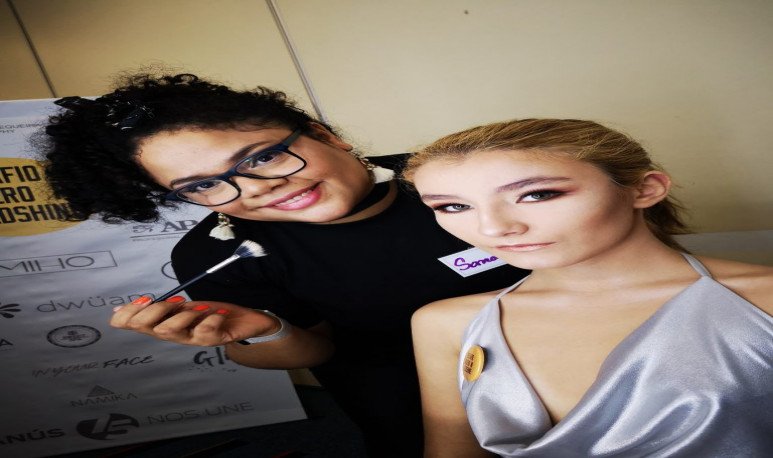 Sandra with her HB Models model during the challenge

“ My first brush I grabbed during a difficult period of my life.”

From a very small age, she remembers that she took out her mother's makeup when she didn't see her and she did makeup without stopping, until I had her own makeup and never stopped doing it. Now you can exercise it and work on it. 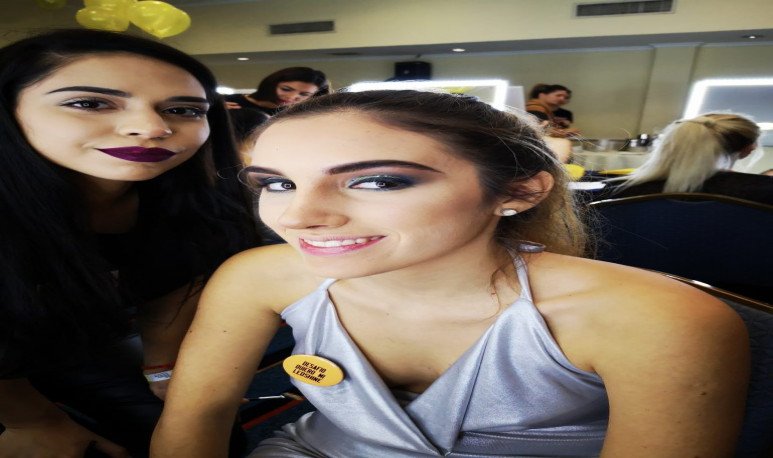 Sofia with her HB Models model during the challenge

“ It's what I love and the world of makeup is something that makes me very happy and where I can be myself.  “