Home Argentine All environment What is rock mucus?

The “rock mucus” is an invasive algae. It is an exotic species that is endangering the ecosystem of the Chubut mountain range. 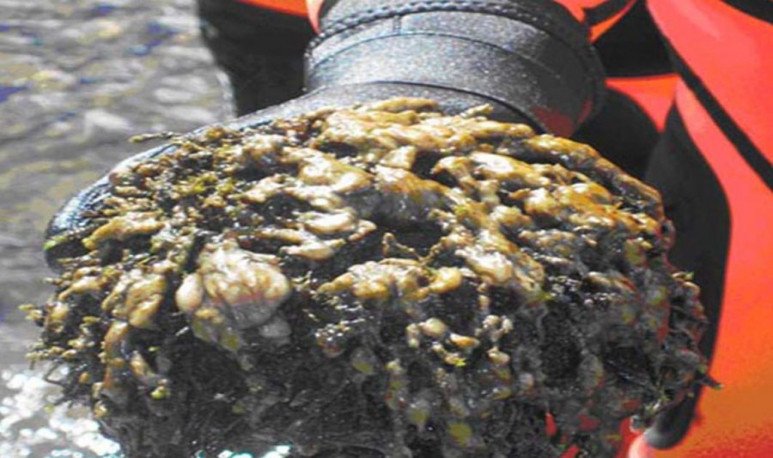 The presence of “ rock mucus”  in  Chubut  lakes and rivers was warned several years ago by scientists and specialists in the subject. In 2012, the Province Government declared a state of  emergency in the face of the breakthrough of the algae over the mountain range .

Since then, an  Emergency Committee  was created with researchers and representatives of the state agency, who work with a special credit in the  prevention, monitoring and control of invasive algae  .

While there  were no progress of this species in the area several years ago , 2020 came with some concerns. Therefore, the Ministry of Environment and Control of Chubut began with some  monitoring tasks  to know the behavior of the  algae .

During the fieldwork, samples were taken from the Carrenleufu and Pico rivers. The basins of Río Corcovado, Lago Vintter and Engaño, Lake Guacho, Rio Hielo, Río Pico and its confluence with Río Pampa were included. Also in Lakes 1, 2 and 3, in Laguna La Pava, Tecka River and Arroyo Putrachoique.

The technique in charge, Mr. Florencia Cimato, highlighted the importance of monitoring work to know the conditions of algae. He also indicated that from 2015 to date  only the Nilson River was detected as a new invasion .

The final results will allow us to know the current situation of “rock mucus” in the mountain range and the  impact on the aquatic ecosystem of rivers, lakes and streams .

Chubut is a province of large river flows and diversity of lakes. In them, it promotes sport fishing as a tourist product. Therefore, and because  the main carrier of seaweed expansion is found in fishing equipment ,  waders and footwear , the Province was included in the  National Strategy on Invasive Alien Species (ENEEI).

This led to the installation of self-cleaning stations to promote good practices among fishermen and thus prevent the entry and expansion of the invasive exotic species into the environment. This measure was accompanied by other awareness-raising actions, such as information banners at airports and bilingual information posters on access to water bodies.