Home Argentine All environment What are peat bogs and why are they so important in the Fuego ecosystem?

Peat bogs play an important role in the regulation of the carbon cycle. In Tierra del Fuego, they call for protective measures. 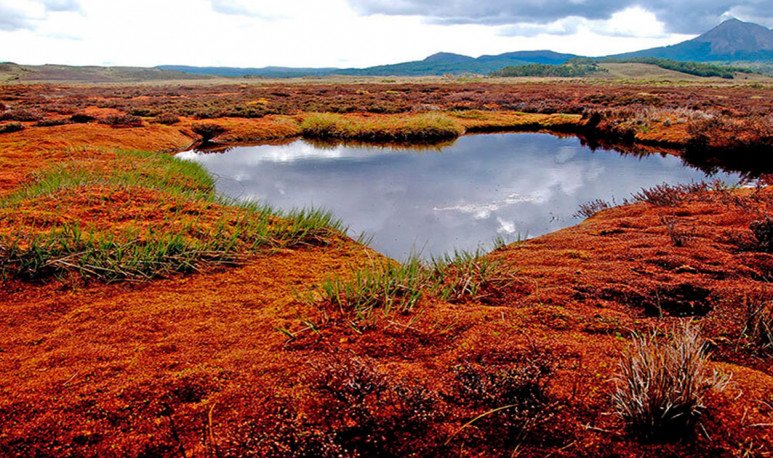 The  Parque Las Turberas Peninsula Mitre , located  on the Isla Grande de Tierra del Fuego, is in danger . Environmental agencies expressed concern about the lack of measures in this area. This  is where we find the largest focus of carbon generation in the country , which has so many negative consequences on the  environment .

Peat bogs are a type of wetland  that has the particularity of progressively producing and accumulating peat (dead organic matter). Experts say that it  comes from plants  adapted to live in conditions of permanent saturation of  water , low presence of oxygen and poor availability of nutrients.

The problem of Tierra del Fuego

“Tierra del Fuego  has the largest carbon capture in Argentina  and becomes a crucial piece to fight the  climate crisis ,” the National Geographic Society and the United Nations World Conservation Monitoring Centre.

They say that “global research identified that the Mitre Peninsula, in  Tierra del Fuego , stores the equivalent of more than three years of carbon dioxide emissions from Argentina. This is because of the particularity of its ecosystem, composed mostly of peat bogs.”

Entities also noted that “peatlands worldwide store about 30 per cent of soil carbon in just 3 per cent of the Earth's surface. This is twice as much as stored in plant biomass. In addition, it houses 10% of the planet's fresh water. In Argentina, 95% of peat bogs are in Tierra del Fuego, concentrated in the Mitre Peninsula, which shows the need to conserve this territory .”

They added that  it is important to pass a law that grants a legal framework of conservation to the Mitre Peninsula as Provincial Park . This would protect this valuable ecosystem and prevent stored carbon from returning to the atmosphere.

About “No Blue No Green”

In the face of the current global extinction crisis and to serve the health of the planet, in 2017, CLT launched the Marine Conservation Program “ No Blue There Is No Green ”. This is  intended to protect the habitat and species of the coasts and the Argentine sea .

Since then, in conjunction with the Forum for the Conservation of the Patagonian Sea, they have been promoting the creation of the first Marine Protected Areas approved by law. Currently, it is working to ban Salmoniculture in Argentina and to create the Peninsula Mitre Natural Protected Area, southeastern tip of Tierra del Fuego.