Home Argentine All environment Water... how I wish you!

Water... I look at you and I love you! He was amagating but he didn't get there. Until he blessed all the Cordobeses, humble and little by little, droplet by droplet put out the fires and gave us calm. 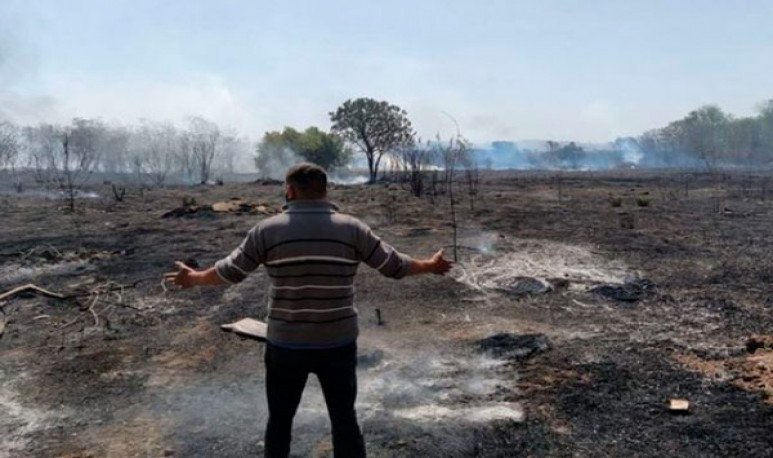 It was five months of extreme drought,  with fires lurking our mountain ranges and the work of firefighters and neighbors fighting fire. It was  5 months of uncertainty and pain, of seeing how our flora and fauna surrendered with the lack of water.  But the moment came: the rain blessed us and  extinguished all the spotlights  that frightened us.

Nature was wise as ever,  fed up with so much fire and  not protecting our native forest , sent rain that calmed so much thirst for peace.  So the afternoon of October 14, gray but hot and wet, announced with the first drops the arrival of a savior. So it was that the green lungs of the city, the hearts of the Cordoban and the native mountain could breathe.

With a slow but safe rain,  the mountains of Cordoba were able to rest  from the heat, from the llamas, from the neglect. Although there was no heavy rainfall, it was enough to control and contain the flames in Capilla del Monte, which had originated from lightning falls . Thanks to this blessing, all the hotbeds of  forest fires   that were active in the mountain areas. The media all over the country began to spread this beautiful news in the morning of October 15.  The rain echoed and brought us joy.

So much fire, so much

Diego Concha, the director of Civil Defense,  stated that the amount of rain was  “enough to completely extinguish the hot and active hotspots.”  The official stated that during the day after the rain,  tours will be carried out in the various regions to verify and ensure that all fires are contained and extinguished.  Because it was a long time of drought, and there were many foci, all together that were active. So many that the fire teams couldn't reach. So many people came to the homes and people had to be evacuated. So many  desperate native species appeared  in the middle of urban areas, if not calcined. So many that the neighbors came out, with buckets of water, from their homes, to extinguish the flares.

The rain came to give us a break, a break and a pause,  came to show us  how valuable the water is . He asked us to take care of this fundamental resource and to hear that  the water emergency is not a lie .  The rainfall that came to bring calm and peace to the land of Cordoba,  occurred in the valleys of Punilla, Calamuchita, Paravachasca, on the borders of Traslasierra, northern provincial and in localities  of several departments. According to preliminary official data, about 200,000 hectares of grasslands and native mountains were hit by fires that had occurred in the province of Córdoba since June. Crazy! While the media talk about one of the biggest droughts in history, specialists say  there were worse times.  Without taking the matter seriously, of course. Because the drought lurks and we are waiting for other  rains that bring good news.

According to the weather authorities,  17 millimetres of water were accumulated in the Cordoba capital, thanks to a continuous but calm rain.  However, the National Meteorological Service  does not foresee any new rains for the remainter  of the week. Which puts us  on alert again , and forces us to  keep taking care of the water and preventing fires. The arrival of water brings us wonderful news: the active foci, already went out. But the visit of the fire leaves us anguish and desolation : 200,000 hectares burned by arson and arson.

Native mount as a phoenix

Because the rain came but the mountain still hurts to have lost its plantain, its chañar and its aguaribay. They mourn the seeds they want, and they cannot, grow in the midst of such drought. The sky looks, saddened, the vinca, the molle and the felling. The mountain is still burning with artemisas, the paicos, the suicos. Mother nature mourns, her red thorns, her shins  and her bull shadows . Embrace the corpses of the little animals that the fire burned. The earth continues to weep, without water, only ashes and grasslands blackened by horror.It will take a long time for our Sierras to recover the green, if big real estate businesses allow it. Therefore,  being aware and fighting for a wetland law is key.  Therefore,  preserving the territories in a state of Nature Reserve is essential.  If we want them to stop burning, if we want to take care of our mountains, we have to start legislating on what little we have left of native forest.