Home Argentine All environment “Time of the Planet”, a race to show that “climate change matters”

The initiative aims to ask for the enactment of a wetland law. 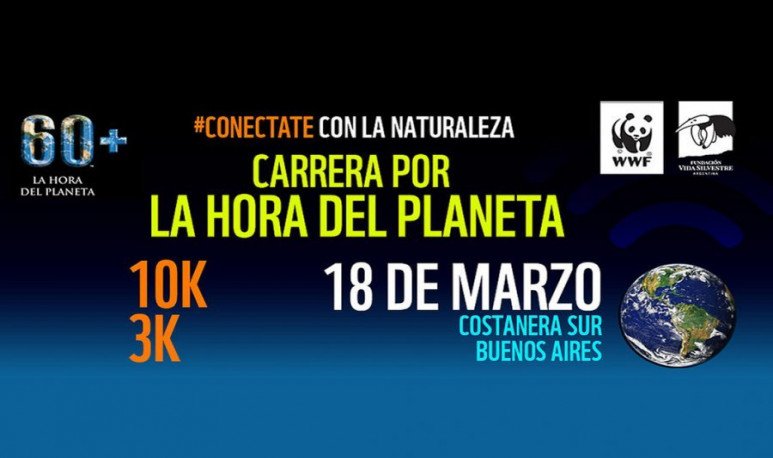 A new edition of the race for “Planet Hour” will take place on Saturday, March 30 in Costanera Sur, Buenos Aires City, to show that “climate change matters to us”.
Organized by Fundación Vida Silvestre, this time the athletic event will be held in night mode, with scheduled start at 20.30, with routes of 3K and 8K.
Powered globally by WWF, World Conservation Organization, “Planet Hour” was created to symbolically demonstrate that governments, companies and individuals can work together for a living planet.
For more than 10 years, during “Planet Hour”, some 13,000 landmarks and landmarks from around the world have been darkened, such as the Opera House in Sydney, the City Hall in London, the Empire State Empire in New York, the Eiffel Tower in Paris and The Planetarium in Buenos Aires.
Since 2009, Fundación Vida Silvestre Argentina has coordinated and carried out this WWF campaign in Argentina, and this year it calls to participate in the race - this time in night modality - to “show that we can all change climate change.”
This is a climate change attributed to human activity, which alters the composition of the atmosphere and increases the average global surface temperature above 2 °C.
This leads to serious consequences such as loss of biodiversity, melting glaciers, climatic phenomena extremes, ocean acidification and habitat changes, among others.
These impacts impact communities, seriously affecting millions of people, causing thousands of deaths and generating losses of $1 billion per year worldwide.
More information and registration at www.vidasilvestre.org.ar/horadelplaneta.