Home Argentine All environment This time, the wolf is here...

Accustomed to the mountains of Córdoba give us their best postcards, wonderful and green, this time we must adapt to what there is: postcards from hell. 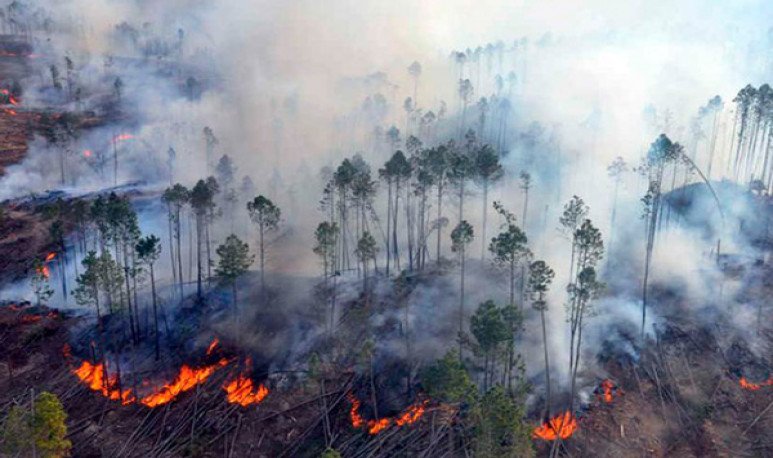 This is the toughest images brought to us by forest fires in native Cordoba forests.  While in Rosario and Buenos Aires they fight for  wetland law,  in Cordoba we fight for  our nature reserves.  They are systematically attacked, as an  important heritage  of the province. Behind the fires, smoke, harrowing images of injured animals and evacuated people, there are real faces . The faces of power and agribusiness.  The faces that prioritize the economy rather than lives and that  attack the native forest .

Prosecutors, investigators and activists argue that  fires are intentional.  And the statistics say it. It is not the climate, nor the drought, in Córdoba,  90% of these “accidents” are intentional.  There are currently large foci that can be seen affecting the entire province. These forest fire fronts are located in Capilla del Monte, Casa Grande and Copacabana, which are the most affected areas. Each area has volunteer fire groups and organizations that are triggering  this nightmare to end.

The provincial government reported that 50 firefighters are dedicated to extinguishing the flames in Copacabana, 140 in Capilla Del Monte, 40 in Casa Grande and 60 in the area of La Calera. He also reported that fires are the result of  a climate that punishes us . “ The weather situation complicates the work of firefighters. In the sectors affected by fires there is high temperature, low humidity and gusting winds. The fight against fire has been relentlessly for 11 days in Ischilín and the north of Punilla Valley,”  they updated from that institution. They also declared the affected sectors as  an “agricultural disaster zone”.  And they arrested two people, up to now, accused of causing the fire.  However, there is a whole people who argue that it is not climate, nor global warming, but only economic interest . To stop the alleged culprits is to make visible a small link in an endless chain, supported by  big capitals .

Water, how i wish you

Diego Concha confirmed that they are winning  this fight against fire  in the center Punilla area : “In the Cosquín, Santa Maria and Bialet Massé sector is quite a lot content, as well as in the area of La Calera”.  But the fight continues. In the different spotlights there are staff working to rescue animals and  extinguish the fire . Infants with the support of  self-bombs, tankers, planes and helicopters from the Province and  Nation are also moving.All at the service of this massacre, which is carried out for the benefit of a few and harm many.

Meanwhile, there are thousands and thousands of hectares affected.  To be more specific,  more than 40 thousand.  However, with a daunting picture, the forecast also announced good news: rains that would come to calm this hell. But it did not happen,  the rains were  scarce and did not manage to influence the general condition of burning. In addition , 150 to 200 people have so far been evacuated and there are more self-evacuees.

Chapel del Monte.  140 firefighters work at kilometer 3 and in the Tramontana area.

Big House.  40 firefighters work. It's contained and they work to extinguish it.

There are two others, new ones.

South of Achiras.  Five fire stations managed to control a fire spot during the night and remain on guard from ashes. On Wednesday morning, 65 firefighters were fighting another 500-meter spotlight in the area.

The Molles.  They controlled a fire that started on Tuesday afternoon in a private camp  near the border with Merlo. Firefighters were keeping an ash guard.