Different actions have been carried out for years to promote its conservation. 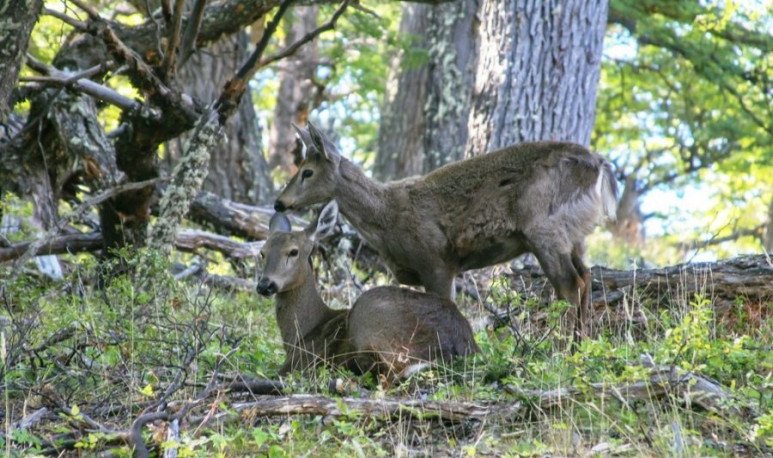 A female specimen of Huemul deer and its breeding — the third case this season — could be recorded in images by a technical team prominent in the northern part of Los Glaciares National Park, reported the National Parks Administration (APN).
The photographs were captured last week during a tour in the northwest quadrant of the area, near the Rio de las Vueltas, as part of the Huemul Conservation Program.
The monitoring team coordinated by biologist Hernán Pastore, referent of the program, and park ranger Natalia Velázquez confirmed that it is the third mother with her breeding observed in the sector during this season.

This would represent an indicator of the good health of the population in the area, which can be associated with the different management actions carried out for their conservation.
Since the total removal of livestock from this area, in 2007, a fauna crossing system specially designed for huemules in perimeter fence was installed, and specimen observation in this sector has increased.
In addition, the installation of cameras traps in this quadrant made it possible to obtain new information about this species and others with which it interacts. Awareness campaigns are also being carried out on the prohibition of the entry of pets into sensitive paths and areas, along with a comprehensive management of public use areas.