Home Argentine All environment The waste pickers of Nuevo Torino

A group of neighbors from Nuevo Torino, in Santa Fe, embellish the village with recycled art. Inventive and caring for the environment. 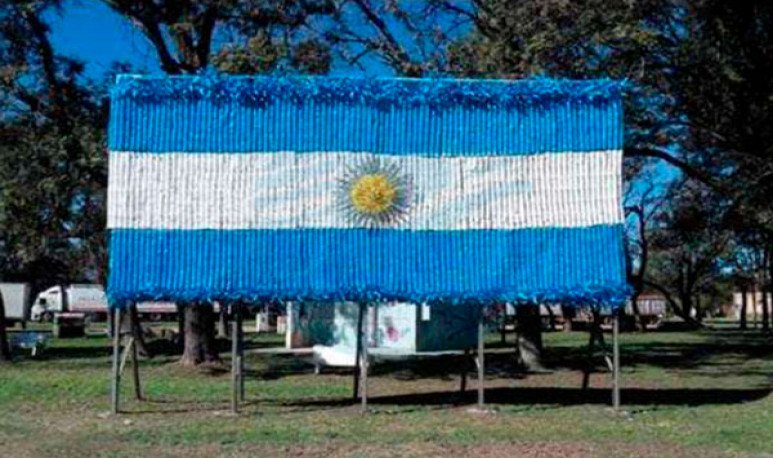 Nuevo Torino is a small  town  in the interior of Santafesino. The best known cities nearby are Esperanza and Rafaela. It has  less than a thousand inhabitants  this  production village    dairy , like everyone in that region.

Concerned about the growing pollution, which seems to be a lie that could reach such a small commune, a group of neighbors devised a plastic recycling workshop with which they make artistic pieces to embellish their public spaces.

Nuevo Torino already classified  its  waste     in different categories, and each group  had a specific destination . Glass is delivered to the local church; cardboard is delivered to the popular library. But  the plastic was in the commune . And that's what triggered this initiative, a couple of years ago. Not knowing what to do with plastic, they put their ingenuity to work and  thought to make beautiful sculptures . “It's a way to make people aware that, through bottle recycling, things useful to the community can be done.  As the people liked it , we decided to continue and innovate with new proposals” tell the workshop's references.

For each special date different pieces were made. One of the first ideas was the most ambitious: a huge Argentine  flag  for June 20, all made of plastic bottles. More than 2000 packages were used for this “ecological flag”.

Last year, for Easter, they made a big bunny. For Children's Day they created several statues of minions, which  were placed in public spaces . For Christmas, of course, a Santa Claus. 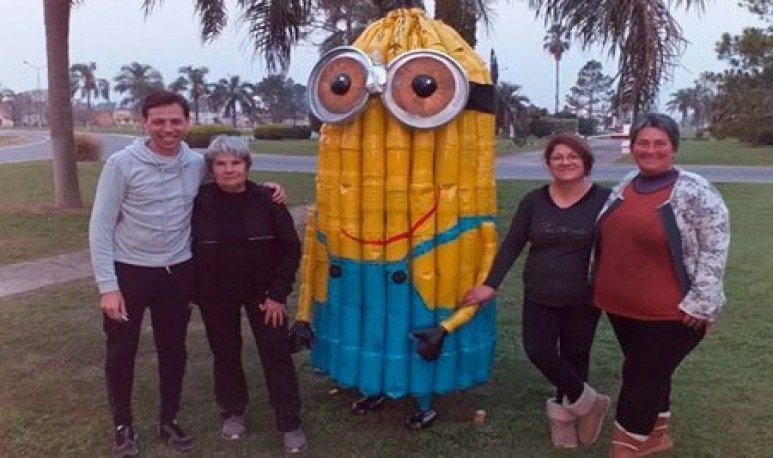 The people of Nuevo Torino showed that  recycling  is not only important to take care of the environment, but can be  a strategy to promote art , creativity and a sense of belonging.