Home Argentine All environment The moth of the vine lurking

It is a pest that affects the production and quality of table and vinifying grapes. How to detect the moth to avoid losses 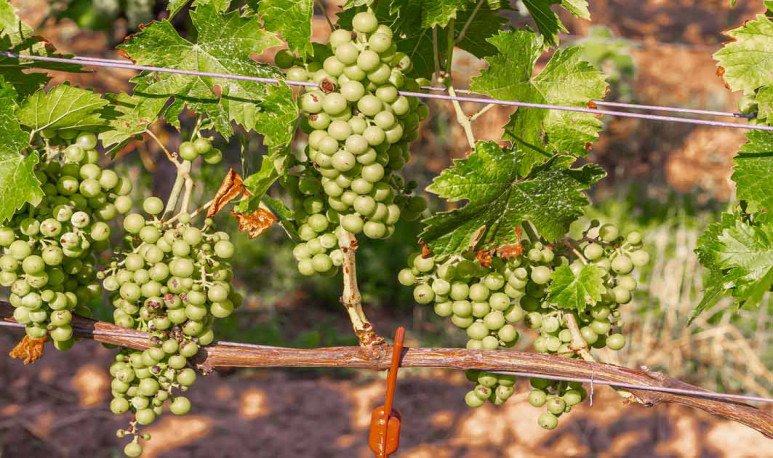 The vine moth — Lobesia botrana —,  first detected in Argentina in 2010, is the main pest of  viticulture, although it can also represent a problem for olive trees.  Damages range from decreased quality of table grapes to total losses in production.

Marcela González, entomologist at INTA Mendoza, said that possibly  the exchange of stakes, plantings, agricultural machinery and even tourism, with affected areas in Chile, favored the insect's entry into Mendoza's vineyards  .

“The entry of this moth causes serious damage to viticulture due to the fact that it generates a marked decrease in the quality of table grapes —due to the wounds it produces in the grains — and in grapes to vinify —causing bad aromas and flavor—” said González.

An INTA Mendoza study on insect biology and behavior is key to defining optimal methods and moments for efficient control.  By monitoring the pest it was possible to determine that it has three biological cycles per year.

During the winter the moth remains as pupa or chrysalis under the bark of the strains — plants of life. In September, with the rise of temperatures, butterflies emerge and begin the first flight.

With spring butterflies appear — adults — and they make the first laying that varies between 50 and 80 eggs. At 6 days, larvae of the first stage are observed. This first generation eats only flowers so the damage is not considered important.

From this instance the process is repeated: the caterpillars form a silky or chrysalis cocoon, push on the leaves and the adults leave in flight. “The difference,” clarified the specialist, “is in the damage they produce. In the second generation females lay eggs on green fruits and in the third generation on ripe fruits, which causes irreversible damage to production.”

INTA, together with Senasa and the  Mendoza Institute of Agricultural Health and Quality  (Iscamen), work to define and implement preventive measures to  prevent the entry and spread of pests and diseases.

“Plant inspection activities were initiated in search of pupae. In spring, traps systems that attract insects will be placed to detect the presence of the moth,” said González, who also said that this methodology will allow them to act quickly to stop progress.

On the other hand, the INTA Mendoza technique recommended producers  not to perform preventive applications because the pest is dormant as pupa under the bark , and there is no product that could affect it.

“It is important that you go through the lots and observe the clusters carefully,” said González, who also explained that the presence of the pest becomes visible because the caterpillar emits silk threads between several grains grouping them, in addition to the perforations and empty grains.