Home Argentine All environment The oasis of rescued animals

13 wild birds were recovered from illegal trafficking and then released in the Urutaú Natural Reserve, in the municipality of Candelaria. 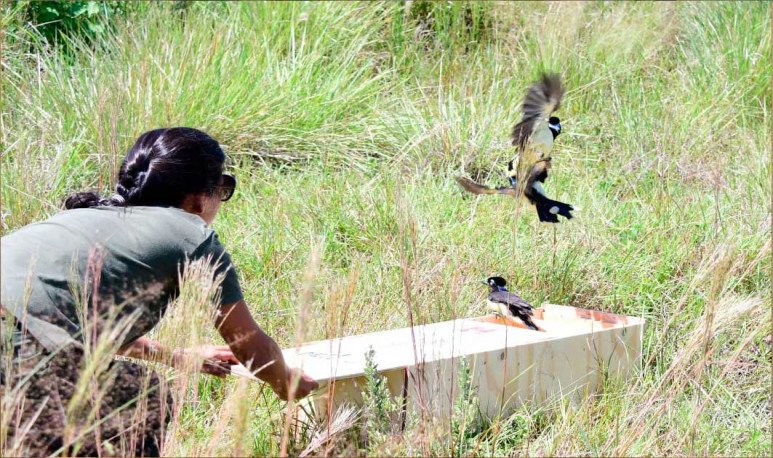 Luckily 13! These lucky birds were rescued from illegal trafficking in wild animals and later released in the  Urutaú Nature Reserve  . Nine common magpies (cyanocorax chrysops), three chopi (gnorimopsar chopi) and one brown throat cappuccino (sporophila ruficollis) regained their freedom. However, before being released, they were taken to the Temaikén Species Rehabilitation Center (CRET), in Buenos Aires. There they went through a period of quarantine and were rehabilitated for their return to  nature .

At the time of the release, the Ministry of Ecology and bird specialists from the Temaikén Species Rehabilitation Center was present. Yacyretá staff and park rangers from the reserve also came.

For the Binational Entity Yacyretá, this type of activity is significant, since this is not the first time that wildlife releases have been carried out within the reserves.

Animal trafficking moves millions of dollars and is part of a commercial network that ends abroad. In our country, 70 percent of illegally trafficked animals are birds. Smugglers mainly capture birds such as macaws, toucans, parrots and, to a lesser extent, parrots.

The province of Misiones is one of the most vulnerable provinces to the risk of illegal trafficking in animals . This is because it is the region that has the greatest diversity of  birds . Fifty percent of the total are located in that province.

An oasis for recovered birds

The Urutaú Natural Reserve is located in the province of Misiones. It has an area of 1230 hectares consisting of grasslands, marginal forest and streams. It belongs to the Binational Entity Yacyretá, an agency that works in the planning and management of this area of great importance for the  local biodiversity .

The Urutaú Reserve is an oasis for thousands of animals victims of illegal trafficking . It lives more than 270 species of birds and about 50 species of amphibians and reptiles. Thousands of plant species also live together with various mammals. The Reserve houses 45 threatened species, including yellow thrush and river lobito.