A new fishing club was installed in the Cruz del Eje reservoir. Since its inauguration, it has not been authorized by the Ministry of Environment. 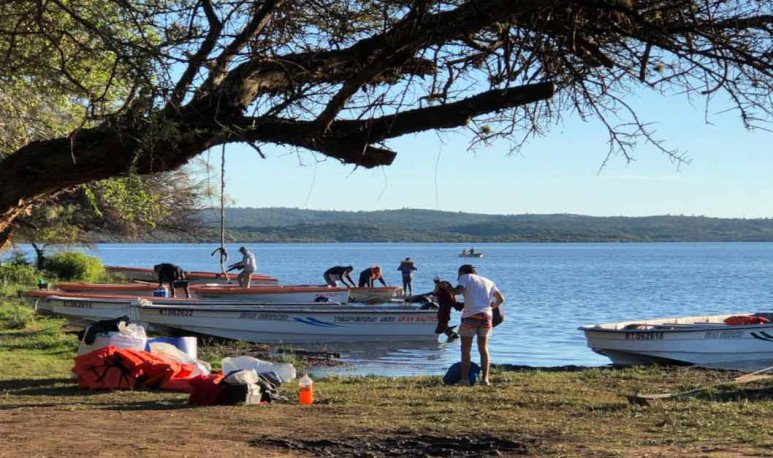 The provincial government gave the Civil Club Náutico Cruz del Eje a property. This is located in an area protected under the red category of  maximum protection  of native forests. Even so, they made  illegal clearings .

Northwest Cordovan is one of the regions that shelters the  largest area of native forests within the provincial territory . In that region is located the Cruz del Eje department which contains an  imposing reservoir , about 1200 hectares. For a few years, several fishing clubs have been located there, which represent a great tourist attraction for the town.

This year was inaugurated one that does not have the authorization of the Ministry of Environment of the province for its operation. The private enterprise in question was authorized for operation by the Secretariat of Water Resources of the province. About 4 hectares given by the provincial government with the support of the town's mayor, Claudio Farías.

Ignoring provincial laws on the protection of  native forests  dismantled without authorization . This is stated in a file for illegal clearances, with 2 Minutes of finding violations of law 9814.

These Official Records set out the elimination of undergrowth, soil removal and firewood accumulation.  The Environment Secretariat had only authorized the cleaning of perimetrals for a matter of prevention and handling of mandatory fire.

And now, the canoe sinks

The file was filed:  “They slept him.”  There were requests that the Environmental Police Directorate, under the Ministry of Public Services, not to file it. Those responsible for the fishing club had committed a  new infringement  , giving a sluggish case to the previous transgression.

The manager of the  Club  said that the space would be one of the hosts of a Fishing Competition where 3000 people would attend. The   Pejerrey Regional Festival   is a traditional event held on the Cruz del Eje dam. About 144 km from the Cordovan capital. The Reservoir is one of the most important in the province. It has more than  3 kilometer  and  is surrounded on its west side by a strip of native forest with red category.  I mean, with the highest level of protection. 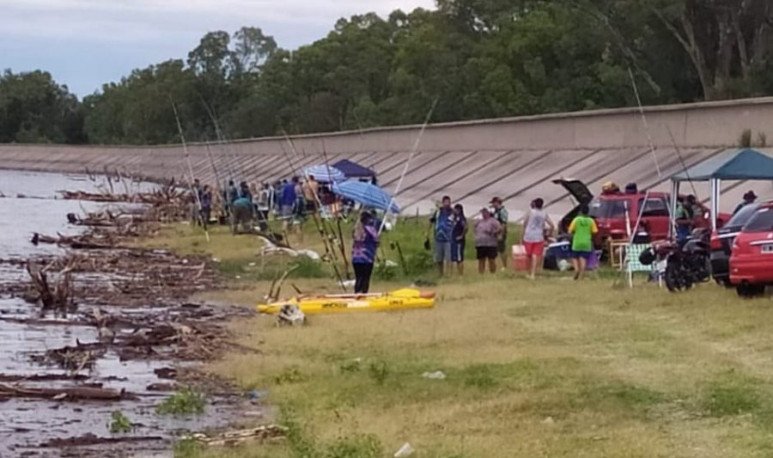 One of the outlets enabled to purchase tickets for the regional festival remains unauthorized and carried out  desmontes in red forest . It is as serious as it is striking that it is not closed, in spite of that.

“They are not authorized and environmentally have made a disaster,” they point out from official areas, which asked not to be identified. The truth is that, without being authorized, with an open file and two minutes drawn up for  removal, it continues to work.

Is the club enabled to work?

They pointed out that the fines  “were lifted.”  “At Ambiente we were told to clean the ground and the  Environmental Police  came and made an  infringement  . But they picked her up because we haven't committed any crime. We had simply done a 'cleaning' under the trees,” they said. They added that “yesterday the mayor told us to warn us that he had met with the governor to expedite the procedures. This club is done with a social purpose, which is why the mayor supports us.”

They pointed out from official areas: “The truth is that they are notified that there was a  finding of clearance . The mayor of Cruz del Eje is aware of the situation; the Environmental Police and the Environment Secretariat, too. But  no one is in charge of enforcing the laws .”