Home Argentine All environment The huillín, enigmatic and endangered

Huillín is an animal from Patagonia that little is seen. But if we don't become aware, no one else can see it. 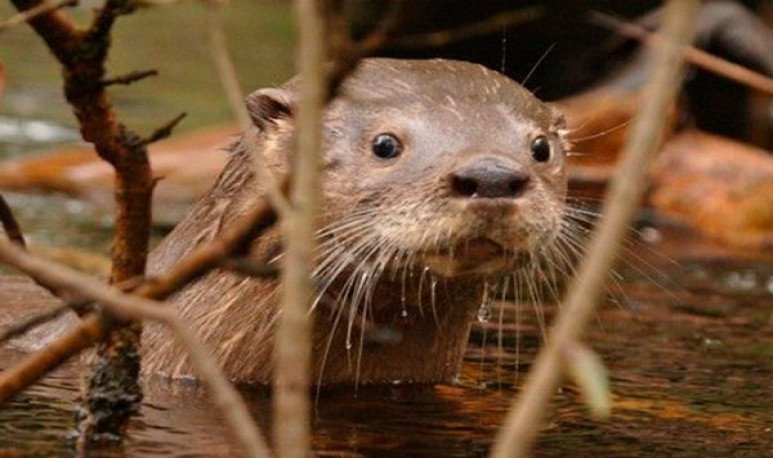 Few have been lucky enough to see a specimen of  huillín , a species of otter native to the Andean forests of our   Patagonia   in danger of extinction, considered by some scholars on the subject as " the most enigmatic mammal in South America ”. So enigmatic that surely many do not know about its existence.

Let it be lucky to see a huillín is because they are nocturnal animals and are considered “shy” and lonely, but also, most of all, because  during the twentieth century their population fell by 80 percent , given that until the 1950s suffered from hunting indiscriminate for making fur coats.

It is a species that inhabits our country and also in Chile, where it is speculated that there is the largest colony, although on the other side of the  Cordillera , there are no natural areas that the protect, as is the case in Argentina in the   Nahuel Huapi National Park  in the province of  Rí or Black .

The advancement of man over nature, the modification of the ecosystem and the arrival of exotic species, such as  wild boar , make there are fewer and fewer wild specimens of huillín, of whom it is also unknown what is their life expectancy in a natural environment, given that those who are keep in captivity live between 6 and 12 years.

Possessing a great view that favors him to find his prey under the water and the location of his nose that allows you to breathe while swimming on the surface, the oilin can weigh up to 10 kilos and measure almost one and a half meters long.

The lack of reliable information about the number of specimens causes scientists to search for “indirect evidence” about their presence.

A documentary to raise awareness about its importance

Huillín, living under threat in the southern lakes is a report made on that species by Marcelo Viñas, a degree in Biological Sciences. The production -carried out with   Conicet   researcher Laura Fasola - mixes data on huillín with the hard efforts of scientists to know and conserve this animal of the Patagonian fauna, which, in his words, “has lost its range and is threatened.”

The documentary was filmed in 2019, came to light this year and had the collaboration of neighbors, park rangers, biologists from Chile and some of the cameras traps of the Huillín National Park Project, who provided images about the mysterious animal.

The first study on huillines was conducted in the 1980s by biologist Claudio Chehebar, who found at that time that  the only place with an important population of huillines was the  Nahuel Huapi lake  and the southern end of  Lanín  , in the province of  Neuquen .

The ideologue of the documentary, meanwhile, considered that the contribution of the production is to highlight the need to seek an urgent form of coexistence because, given that the population advances on natural environments “brutally”, and believes that deep reflection is necessary”about our belonging to the natural world.”

Will there be awareness, at any point, of how man's advancement hurts nature ? The case of huillín in a sector of Patagonia may be emblematic for the region, but the situation is replicated elsewhere in the country - and in the world - with other species that see their ecosystems invaded and modified and simply tend to disappear before our passivity.

Hopefully, when we realize that, it's not too late and we're in time to save the huillin and other spices in danger.