The initiative aims to call for the passage of a wetland law. 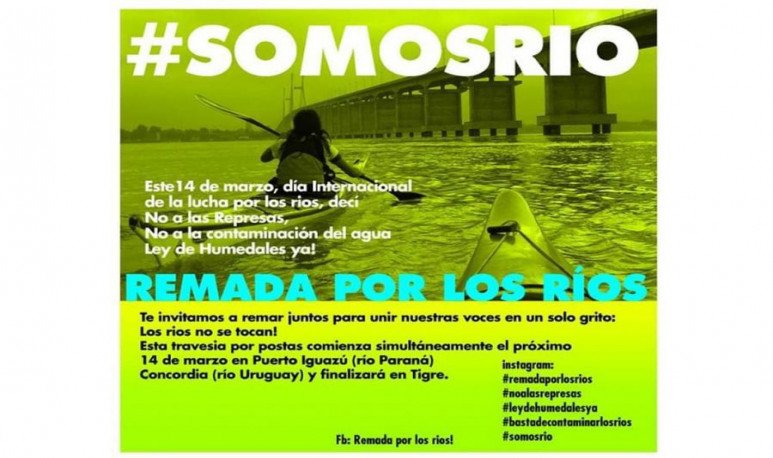 Environmentalist militants will participate on March 14 of the first simultaneous round of the Paraná and Uruguay rivers, which will depart respectively from Puerto Iguazú, in Misiones, and Concordia, in Entre Ríos, with final destination in the Tigre of Buenos Aires, to ask for the passage of a law on wetlands.
The call is open and will be held on the International Day of the Fight for Rivers, told Télam a spokesman for the Rosarina environmental organization “El Paraná is not touched”.
This self-management action has its origin in the Union of Citizens' Assemblies of the Litoral, which took place in August 2018, and was materialized with the participation of self-convened socio-environmental movements and different NGOs.
The aim of the rowing is to request “the enactment of the wetlands law”, say “no to dams, no to waste bins, no to water pollution”, ensure “water as a human right” and preserve “living rivers”, the organizers announced.
The bill they claim “recognizes the importance of these ecosystems, promotes their conservation and rational use to ensure that they continue to provide an immense amount of benefits,” they said.
Among the objectives of the law, “it is established as the responsibility of the enforcement authority to limit urban, agricultural, industrial and waste dumps in wetlands and adjacent areas that affect their ecological characteristics,” they stressed.
“ The law is the product of the work of several universities in collaboration with environmental organizations,” said the environmentalists.