Home Argentine All environment The first Biological Station of Tucumán

The Biological Station installed in the south of Tucumán will be used for the taxonomic study of animals and plants. We'll tell you what it's all about. 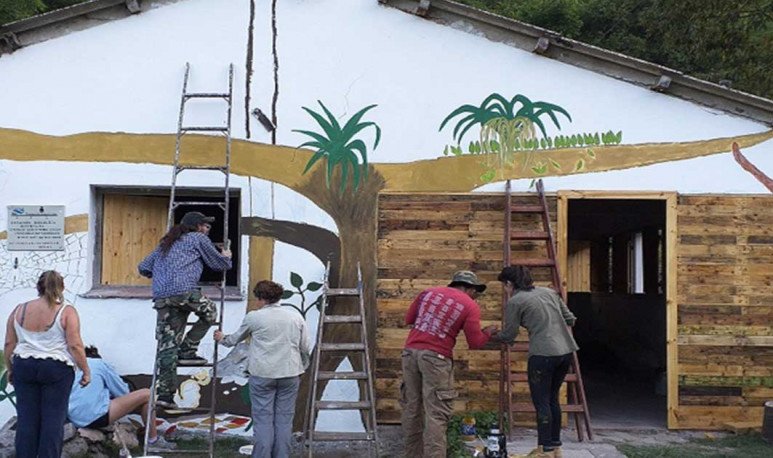 CONICET and the  Miguel Lillo Foundation  inaugurated the  Batiruana Biological Station  (EBB), located in the commune of Yánima, 126 kilometers south of San Miguel de  Tucuman . This is the first Biological Station in the province and will be used, among other activities, for the taxonomic study of different animal and plant species.

Taxonomy and systematics are the disciplines of Biology that are responsible for discovering, classifying and organizing the knowledge of living beings. “Basically, to rebuild the tree of life in its entirety,” explained Dr. Claudia Szumik. She's the director of the Biological Station.

The job of the biologist is not only to visit inhospitable places, but also to make the  research  carried out known to the rest of society. Disseminate how wonderful plants, animals and natural environments can be. To fulfill this task, the biologist believes that the correct way to do it is in harmony with nature. Always respecting their environment and the other living beings with whom the environment is shared.

The Batiruana Biological Station is a place that will continue the surveys of flora and fauna of the environments of Yungas and  Chaco  Serrano very well preserved. It will also facilitate the delivery of courses and workshops for biology students and students from local schools. In the future, they also seek to promote alternative sources of work for ecotourism activities. The creation of a museum dealing with the identity of the place and access to knowledge of the research being carried out.

An example of this is the painting of  murals  that took place during the month of November. This was done on the facade of the Biological Station. This work combined art and science, and was born out of an inter-institutional initiative. Participants were members of CONICET, FML and students from the Faculty of Natural Sciences and the Miguel Lillo Institute of UNT. With this work they set out to express the flora and fauna of the Chaco Serrano and the Yungas, biological environments of the south of that province.

Finally, it is important to clarify that the Biological Station was ceded by Hydroelectric Tucumán S.A. Its commissioning was made possible thanks to the funding granted by institutions such as  CONICET  and FML. Also to the Secretary of State for Innovation and Technological Development of Tucumán, and the Municipality of Yánima.