Home Argentine All environment The fire hurts in El Baghón

The fire hurts in El Baghón

The fire lurks in El Baghón while the brigadists give everything of themselves to fight it. 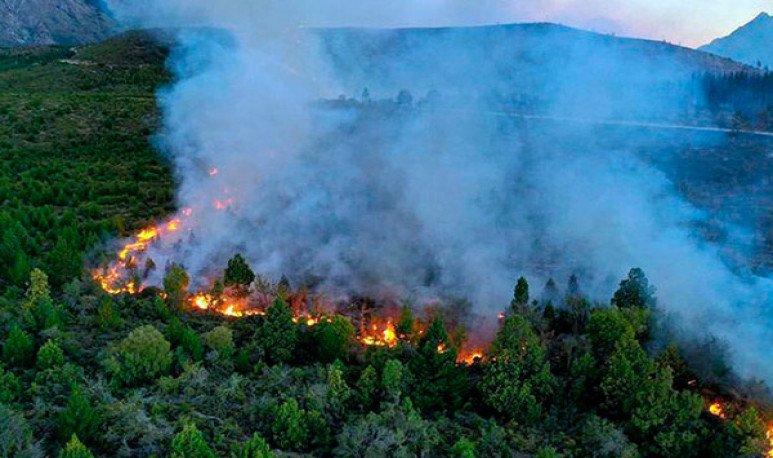 Once again we need to talk about people's bad behaviour and the very serious consequences that this entails. For days ago  El Bolson , city of  Rio Negro   recognized for its landscapes and tourism development, is news but for negative reasons:  a fire that does not give a truce and sweeping everything in its path; meanwhile, the brigadists continue to fight so that it does not reach homes, schools and with the appropriate care for the evacuation of the villagers.

The city of   Rionegrina   began to fight fire at the end of January, on Monday 25. It should be noted the work of more than 150 brigadists, depending on the day and the containment or not of the fire. Also differentiate between controlled, stopped and obviously extinct fire. Much depends, moreover, on human work, on climatic conditions. It is known that in Patagonia rains are not very common, since the region is mostly dry, but that in the Cordillera it occurs a little more often. 2020 was extremely dry, so it is an incident that added to the spread of fire. The wind also helps to make the task more facilitative or difficult; the peculiarity of these cases is also that, since they are terrain that - often - do not have roads (such as routes), it is difficult to reach: helicopters from the  National Parks , provinces and also Nation, are of great importance.

The work is aimed at the fire not reaching the Mapuche community of Rinconada Nahuelpan: not only the unbeatable landscapes are in struggle, but the homes of hundreds of people; a single campfire or a single badly extinguished cigarette can unleash this hell in the beautiful and vast region: “It will be difficult to stop the advance of the fire on Cerro  Piltriquitron ,” said the governor of Rio Negro, Arabela Carreras, about the focus that can already be seen from the neighboring town and   Chubutense   from  Lago Puelo   .

Despite all the bad practices that people have and which is transformed into a state, environmental and resource problem of all kinds, it is also necessary to highlight not only the work of brigadists and everyone involved in the direct struggle, but also of other people who indirectly help fight fire: it is the case of workers and owners of a tourist complex who have offered their facilities so that firefighters and assistants can rest and eat there; also donation and collaboration campaigns including clothing, money and other elements that help every day.

Unfortunately, this fire in  El Bolson  is not an isolated event; such is so that some international media mention them as the “fires of the season summer in  Patagonia ”. This kind of conceptualization is thanks (it is a strange way of saying) that fires are continuous in the region. Year by year these news are given:  Los Alerces National Park , Lake Puelo, and so countless localities that are threatened by this powerful enemy. Entire inhabitants and localities are obliged to be evacuated after the burning of thousands and thousands of hectares that affect economic activity from livestock to tourism. However, we must not fail to comment that the environmental disaster that this causes, beyond the tangible as the losses of houses and animals, is incalculable: greater education, but also the awareness of all the actors involved is necessary, and justice for those who do so for purposes. speculative or malicious. 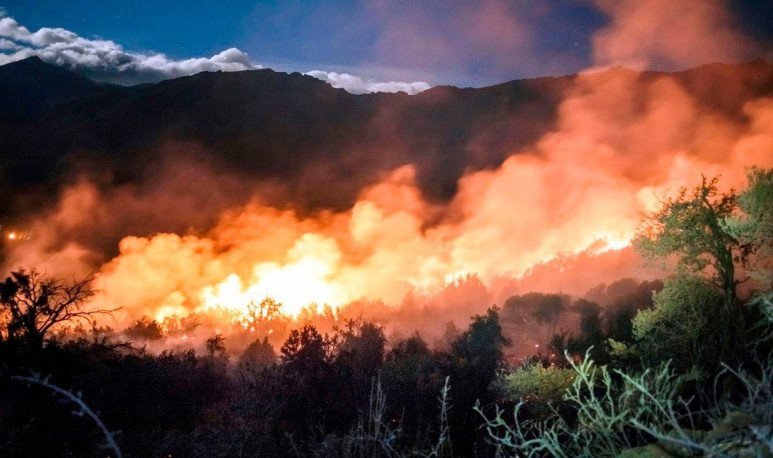 The Baggins today is news for this fight, soon - we hope - it can be said that this fire is already extinct, and that cultural, landscape and natural activities can be seen and enjoyed without a gray and orange cloak in the sky.