The season of delicious Cordovan lavender begins. Calamuchita is dyed violet, and we're shitty. Ideal for a spin. 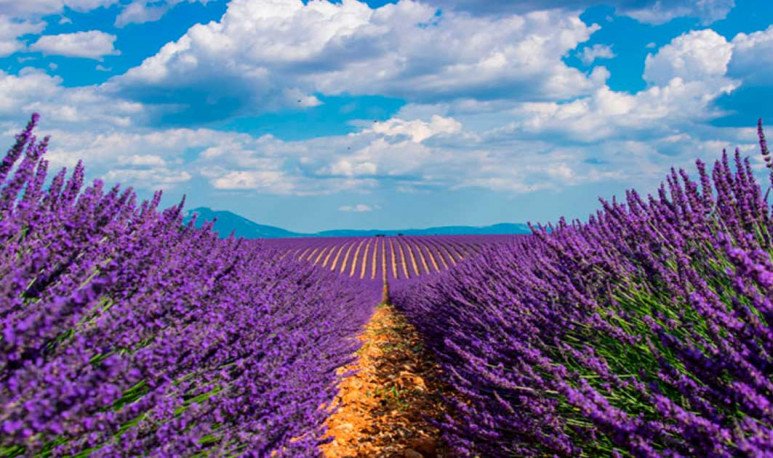 January  brought violets  in the cities of Villa Rumipal. The season brings unique dyes and aromas to the area  of Calamuchita Valley . All  accommodation complexes, tourist areas and fields of this plot of the  territory of Cordoba . In total, there are more than nine hectares that give color to the Valley and attract thousands of visitors with their lavender scent.

This flower, which is the doom of lovers of aromatic, became a  tourist attraction  a couple of years ago. In addition to becoming attractive, it became an economic entrance for many entrepreneurs and growers. Between  December and January  , flowering lavender fields are the key to the Calamuchita Valley. A very particular attraction, which attracts the most varied audience. In addition, the  uses of lavender  are varied, for the production of different products. The good thing about this form of crops is that  traditional production methods are preserved . And the original harvesting mechanisms. Ancient forms such as sickle, which maintain the connection with nature and tradition.

This activity began as a hobbie for many. Or as a  plus for tourism . Today it expands, and there are many organizations. There are even women's harvesting cooperatives exclusively, which seek to promote land work.

Lavender and its uses

This resource is not only seen as a  contribution to the local economy , but also as a contribution to the self-management economy and to the manufacture of organic and natural products. That is why it grows both on the domestic market and on the external market. And its uses are manifold.

Lavender is a  magic of nature . From essential oils to food or perfumes. With its  different uses , it becomes one of the most coveted herbs in the province. This bush is famous for its  different properties . It is aromatic, medicinal and also has its uses in the world of gastronomy. It is used as a relaxing, for beauty and perfumery items. Do you want more? For the production of honey, too.