Home Argentine All environment The awakening of the missionary jungle

The silence of the quarantine has emboldened the animals of the missionary jungle to recover their ancient lands. Nature is taking a vacation. 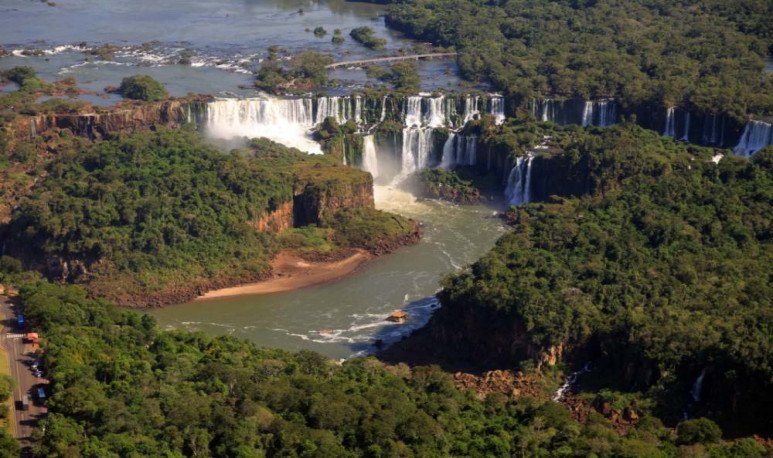 In the province of Misiones, as never before in its history, silence is absolute.  But, while humanity suffers one of its worst catastrophes, the jungle shows an awakening, a new resurgence . Its villagers — birds, monkeys and coats — walk relaxed through the urban centers of the province. As difficult as it is to understand it, animals seem to be happier without us. And they have their reasons.

La Selva Misionera is one of the ecosystems of greatest environmental value, due to the unique biodiversity it has for the planet.  It potentially constitutes the vital livelihoods of about 1 billion people, who live with or from these jungle ecosystems. Despite this, he has not received good treatment from mankind. It is ranked fifth among the ten most endangered forest hotspots in the world. In addition, it is a natural site that lost more than 90% of its original habitat. On the other hand,   Misiones  is one of the most vulnerable provinces to the risk of illegal trafficking in animals . This is because it is the region that has the greatest diversity of birds. Fifty percent of the total are located in that province.

There is a theory that says that the pandemic is a response of nature to human abuses. True or not, the missionary jungle seems to carry much better day to day with humanity inside.  Today,  the Iguazu Falls  are different. You only hear the mighty roar of  water  falling into a plunge . The traditional bustle of tourists has disappeared. The eco-train does not move, the boats are parked and the walkways look deserted.

However, the National Park is not completely uninhabited. Birds sing in choir from the top of the trees. They always have, but now that there is no noise there are more and more people who join the concert.  Monkeys are also encouraged to stroll around the place without a hurry. They do so safely that one of them appeared asleep on one of the park's posters . We know this thanks to a photo taken by one of the  park rangers .

Cougars and coatis in Oberá

In the city of  Oberá , you could also see a group of Coatis who took to the streets. Friendly animals come from a reserve near the Capital of Monte. However, his visit did not cause as much astonishment as the previous week's visit.  A cougar prowled around Oberá's houses for several days . Another good reason for this quarantine the Oberenos stay at home.