In Mendoza, companies that can credit firm shares in solar energy will receive tax benefits. We tell you what it is. 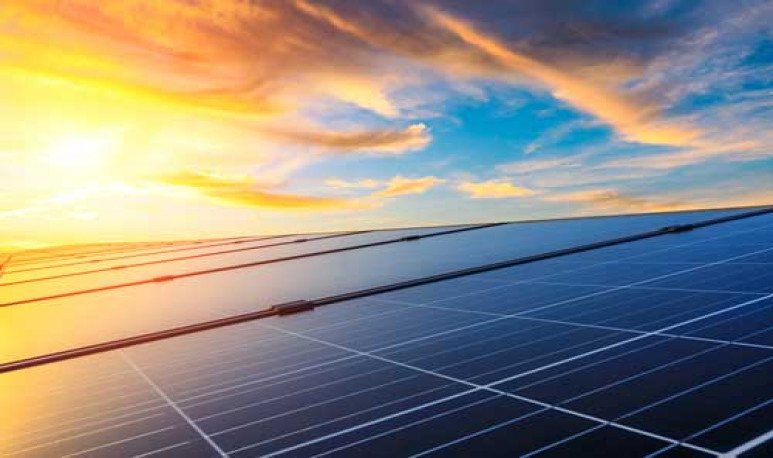 The City of Mendoza will reward with  tax benefits to neighbors and traders who incorporate the use of   clean energy  into their homes and businesses  .This was confirmed by mayor Ulpiano Suárez, after declaring the climate emergency in the commune and recognizing the effort to work with solar energy.

It will be through a new tariff ordinance that will seek to reduce municipal fees.  What remains to be defined is the term and the amount. This measure is part of a battery of shares reported by the communal chief and is directly related to the goal of making  Mendoza “a  sustainable, integrated and inclusive city ”.

“Declaring the climate emergency is to establish a framework to generate actions in various sectors, generating an impact and commitment on neighbors, traders and visitors,” said Suárez.

He explained that this action falls within the concept of “triple impact” promoted by the municipality in order to comprehensively generate economic development, social integration and  inclusion  and care of the environment.

“ Climate change is being analyzed globally, so we declare, from the City of Mendoza, the emergency to advance concrete actions,” he confirmed. This decision also responds to the 2030 Agenda on Sustainable Development launched by the UN in 2015, which highlights 11: to make cities and human settlements inclusive, safe, resilient and sustainable.

To exemplify the tax benefit, the mayor said that “neighbors and shops incorporating solar panels or solar heating will be favored with a reduction in municipal rates.”

The specific objective of the municipality is to reduce the generation of greenhouse gases. “ We are going to certify that solar panel or heating installation with EPP intervention and obviously also generate training on the importance of having energy efficiency and consuming less energy than we use today,” he said.

Another of the main objectives that the Climate Emergency seeks is to reduce the net carbon emissions of vehicles. In City there are 60,000 registered cars and about 200,000 that enter a day.To minimize this, the municipality will create 23 kilometers of  bike path , which will include the trace of San Martín Avenue.

“At 25 km we currently have, we are going to add 23, which include almost five kilometers from San Martín Avenue. It was built for cars to travel, but today the situation makes us recover the spaces on that street for cycling,” he said.

He added: “In March we will start with the work that will take at most six months and is budgeted at $2,000,000.” They will also add 100 more to the free bike program for those who arrive in the Capital by public transport and want to travel by bike. They will add more bicycle stations and place bicycles in public spaces for private wheels.

Suarez commented that they will regulate an ordinance that each parking beach has a space equivalent to a car for bicycles: “Those beaches that enable a space with  bicycles will have a reduction in trade rights. We will give a period of 90 days once the decree has been removed so that the beaches add up and condition the space for the bikes.”

“ We prioritize sustainable urban mobility, recovering spaces for pedestrians, promoting the use of public transport and the generation of infrastructure to move around the City by bicycle,” he said.

Smokeless in the squares

All public  places  and walks will have a designated smoking area, while the rest will be prohibited: “We will not smoke in the games area and in open air gyms or spaces for recreational activities. We will punish those who violate this prohibition, within the framework of the Code of Coexistence,” said Ulpiano Suárez.

“ With smoke-free places we maintain the spirit of those clean air spaces and will allow us to work on collecting and recycling cigarette butts,” he concluded.

Waste bags can only be recyclable

Following the declaration of Climate Emergency, the municipality also announced that from March 1, the use of plastic bags will be prohibited, even for  waste .

While there were already clear restrictions in this regard (for example, prohibiting delivery in supermarkets) now these prohibitions will be clearly harsher.

From the declaration of Climate Emergency, bags of biodegradable material, similar to those delivered by supermarkets at very low cost, may be used.

The provision will be added to the declaration, but through a new ordinance. As elsewhere in the new environmental care decision in Capital, refusal to stop using plastic bags will entail economic sanctions for offenders.

However, both in the case of economic exchanges and other possible infringements of the environmental emergency scheme, the plan is not to punish but to raise awareness, according to the communal chief.

“The purpose is not to sanction but to educate, and incorporate these environmental behaviors. It is the incorporation of a habit,” said Ulpiano Suárez and said that this measure is already common in several cities around the world.

However, he made it clear that there will be a control of domestic and commercial waste being taken into the street.

Other municipalities in Gran Mendoza join the move

Composed of six municipalities (Luján, Godoy Cruz, Las Heras, Guaymallén, Maipú and Capital), the metropolitan area of Mendoza accounts for around 70% of the population of the entire province and has become the main urban conglomerate in western Argentina.

These departments were consulted by the Andes and almost all envisage environmental measures. Luján announced that the first days of February will launch Luján Sostenible. The programme, which aims at environmental care and the sustainability over time of the department's natural resources, articulates different axes of action consisting of the integral management of water and waste resources; energy efficiency; sustainable mobility and healthy life

Godoy Cruz already considers being on the same line as Capital, although without declaring an emergency.He did announce in December that it was the first municipality to have environmental care aspects in its budget.

From Las Heras claimed to have a battery of measures that will go in the environmental care line, but placing the emphasis on water.

Maipú simply confirmed that it will soon announce an environmental emergency plan similar to Capital.

Guaymallén, for its part, acknowledged that it is not yet working on these aspects and does not have any environmental declarations planned.