Home Argentine All environment Bugs that get scary: plush caterpillar

Nice on the outside, dangerous inside. Eye with the missionary plush caterpillar! that does not itch, but if it rubs you... 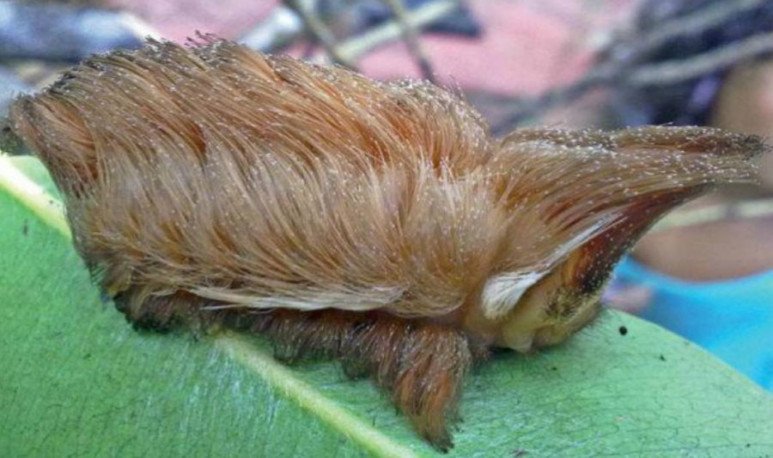 Misiones  is famous for its bugs, many of them dangerous, especially when we invade their territory. The missionary stuffed caterpillar is part of the catalogue “bugger” of the province. One so big that it's better to run to the other side, rather than stop and ask. If the internet is updated fast, wait till you see how the whole thing works in the missionary jungle. The only Google of bugs is the country man. And he's not always in the mood to tell us the name of every thing that crawls or flies through Missions.

Among the bugs that swarm the missionary territory,  the stuffed caterpillar belongs to the group of adorable but poisonous . It is not very famous, but it has already appeared in several localities in the province. Monte Carlo, Bonpland, American Garden, Rock, Santo Pipó, Candelaria and localities in the center of the  red land .

The Megalopyge Opercularis Caterpillar is a species of strange moth, also known as stuffed caterpillar or caterpillar caterpillar caterpillar. Isn't it adorable? From afar she is totally charming: so tiny and hairy that she  falls in love . But  under her coat there are poisonous thorns that cause extreme pain to those people who touch it. “They don't itch, but rubbing their spikes cause pain,” Dr. Roberto Stetson explained. The doctor is the head of the Poisonous Animals Program of the Ministry of Health.

What to do if a caterpillar is rubbing me?

As cute and adorable as the caterpillar is, if it rubs you, it rubs you, there's no turning back. But calm down! Stetson explained that  contact with the poisonous thorns of the caterpillar is not fatal.  However, the symptoms it produces are severe pains, ranging from the contact area to the chest. In case of “rubbing” it is recommended to place the affected area under warm, not cold water, to calm the pain. If the pain persists, it is best to see a doctor.

In terms of prevention, cleaning in homes and removing branches are effective activities.  The plush caterpillar is found on the plants of the garden and on the Mt . Since it is not usually seen because they hide at the bottom of the leaves, it is recommended to clean with gloves and long sleeves.