The municipality will declare the emergency. The companies Cliba and Urbafé are owed 600 million pesos. “The situation is very serious,” said the mayor. 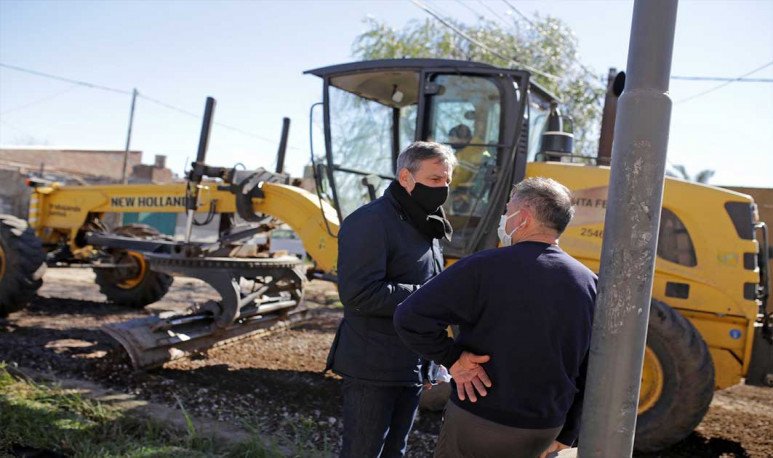 The mayor of Santa Fe, Emilio Jatón, spoke about  the delicate situation of cleaning  in the streets of Santa Fe. “It's very serious,” said the progressive president on the relationship with the companies Cliba and Urbafé . The municipality plans to declare the   environmental emergency.

The rubbish accumulated in many neighborhoods of the city denote the complex and tense link between the Municipality and the cleaning companies. The previous management accumulated a debt of 600 million pesos to Cliba and Urbafé, so the service is being moderated until payments are regularized.

The municipality does not want the debt to continue to widen and therefore has to raise 100 million each month to  preserve  the basic cleaning service. “They - the businessmen - tell us that until we order ourselves economically, the service will be very austere and that is seen in the city,” said the mayor.

The idea is that municipal state trucks - which are being repaired - go out to the streets to help clean up. But this will not be enough, Khaton admitted.

“We would like to start working this year on the possibility of opening a tender to order that system , “he said while reiterating: “We are in an environmental emergency.”

Emilio Jatón, of the Socialist Party, assumed the mayor of Santa Fe in December, taking the place left by José Corral, of Cambiemos. As soon as he assumed, the new president stated that the debt left by the Corral management in the Municipality is $1.313 million, with waste companies being the main creditors.  Corral management accumulated “a red” with Cliba, Urbafe and Milicic (landfill) of $679 million.

The new authorities estimate that with what the municipality owes could build 750 houses or make 70 kilometers of pavement.