November is the month in which penguins end up nesting at the end of the world. 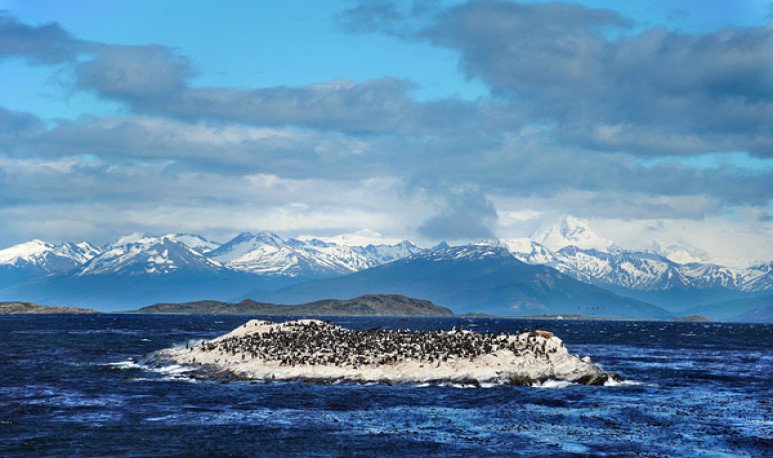 The province of  Tierra del Fuego is known to be the southernmost portion of land in the world; this fact gives it the nickname of End of the World. Its imposing landscape of hilly and oceanic island with ancient forests and lots of freshwater of extreme beauty make it the attraction of thousands of people who visit it year by year. However,  not only tourists are regular visitors to the southern end of the continent . Fish and birds of all kinds migrate to the province cyclic and naturally. The  most emblematic case is that of the  penguin .

In order to preserve its species,  this elegant down jacket migrates from Brazil every year  to our country. Hundreds of specimens  are nested throughout the Patagonian coast  since mid-September. That is, in spring and  until the end of summer,   they prefer the cold waters of our Argentine sea  . As the season reaches summer, the penguin looks for the southest waters.  The southernmost point they arrive is the Isla Martillo de Tierra del Fuego,  in early November.

Most of the  territory where the penguin settles to have their offspring are protected areas and access to tourists . In fact, it is one of the biggest attractions in many Patagonian towns during the summer. The list starts in Punta Tombo and Estancia San Lorenzo, in Península Valdes faunística, north of Chubut; continues to Isla Penguinos in Santa Cruz, penguinera preferred by the smallest and most aggressive penguins, the  plume ; and ends on  Martillo Island, on the banks of Estancia Harberton, the oldest in Tierra del Fuego.  It is also possible to appreciate species of Magellanic penguins in the Falkland Islands.

Martillo Island, the favorite of the Magellanic

Estancia Harberton is located on the  banks of the Beagle Canal and from its pier the sailing to Martillo Island depart . The site was used by the founding family of the estancia, the Bridges, for the purpose of sheep. The land is today a  nature reserve occupied by two huge colonies of penguins.  The largest number are  Magellanic penguins and reach almost ten thousand specimens  . The smallest colony is made up of the Papua species, which add up to a few hundred. This species is subantarctic, but more and more families migrate to the island to nest. Because of their characteristics, they do it before even the Magellanic.

The Magellanic penguin is characterized by its whiteness on the face, which gives a feeling that he wears a black helmet.  It measures half a meter and is the second highest within the penguins , surpassed only by the emperor. Throughout the Argentine coast, the aforementioned papua and yellow plumes can also be observed, known for their clumsy movements and for the aggressiveness in defending their territory

Before the pandemic,  from the Harberton Estancia Pier it was possible to leave for the island for about $2000 . The tour lasted six hours and included a visit to the historic stay. The penguin is a symbol of our south; such is that  there are plans in all coastal provinces of the region to extend its protected area territory . The visit to the cities and towns of eastern Patagonian, then, obliges you to visit the beauty and exoticism of these faunistic areas.