The artists, who will be presented this year in our country, join the campaign “Bioenergizá tu música. 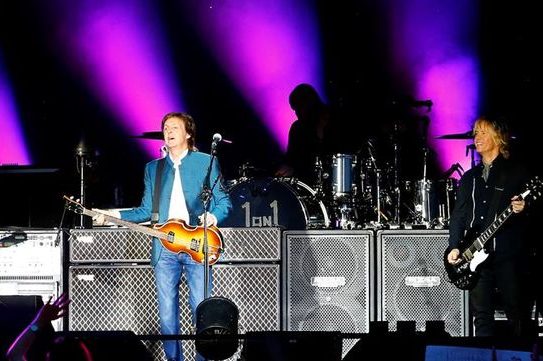 British musicians Paul McCartney and Ed Sheeran will join the Argentine campaign “Bioenergizá tu música”, through which mass recitals are intended to feed their light and sound equipment with biodiesel.
McCartney, known for his activism for sustainable development, will be presented in the City of Buenos Aires on March 23 and Sheeran will do so on February 23. The aim of the initiative is to collect used vegetable oil (AVU) to generate the biodiesel that will feed the light and sound sources of the recitals.
Next weekend, the campaign will install collection points so that those interested in recycling their vegetable oil can approach. As a prize for their participation, there will be a draw of tickets for the two concerts. Each half liter deposited will be an opportunity to participate in the raffle of tickets on February 19.