The north of the province of Santa Fe has no respite. Floods, dengue, coronavirus... now, locusts too. We tell you about this invasion. 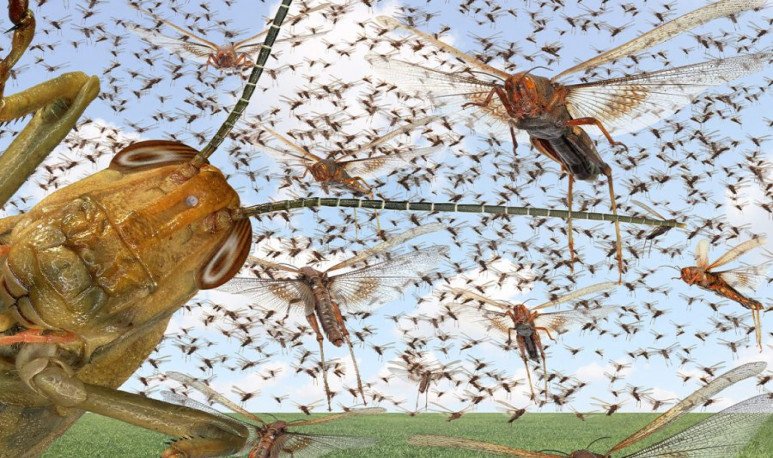 The   negative streak in the north   of the province of Santa Fe does not give a truce. Stalked by problems, he seems to be suffering biblical plagues: droughts, floods,   dengue   , coronavirus. The last one? A sleeve of lobsters   was installed in the region   .

The   insects   “coming down” from Paraguay, after passing through   Formosa   and   Chaco   . Throughout that region, the production of   cassava   , corn and sugar cane is   a great temptation   for lobsters.

These bugs walked around the very important agro-industrial area of Reconquista. They had been arrested in Paraje el Algarrobal and then in El Sombrerito.

The National Institute of Agricultural Technology (INTA) together with   Seine     s     at   perform constant monitoring of this “black cloud” of insects. It also flew over the towns of Lanteri and Engineer Chanourdie. In fact, the first official data on their entry into the province were reported by these agencies,   thanks to the contributions of producers in the region.

According to the aforementioned institutions, the province of Santafesina is listed as   danger zone.

In recent days, the national institution reported that the manga   lobsters   lifted a flight in the northeast direction. This   would transfer the problem to other regions. 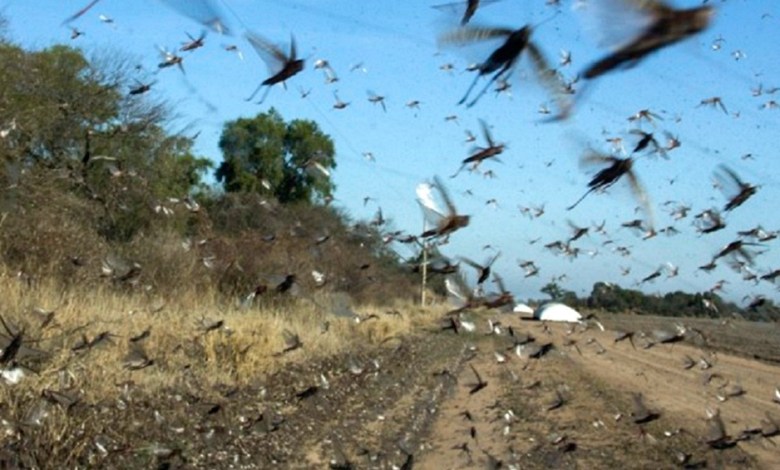 What is the danger?

A sleeve of young lobsters can   eat, in one day, the equivalent of 35,000 people   . Another chilling way to say it is that, in one day, you can eat an amount of food equal to two thousand   cows   . How many lobsters would we be talking about? They assure that, in a square kilometer, the usual size of a sleeve, travel 40 million. The Argentine population, in locusts.

So,   la   invasion   can be devastating   for all types of plantations. They leave them literally deserted.

Several specialists have been studying the movement of these locusts who, yet, have not left Santa Fe. The   good news   , which could be added to that of the imminent move of the manga, is that   they would be “half old girls.”   The   scientists   they assure that they are not in their most voracious cycle. That is, they would not eat significantly, as they would in a state of development.

This fact, without a doubt,   give hope to producers   from the north, who fear for the future of their   crops   .

You don't have to lose your footsteps!

If this thing about “veteran lobsters” were like that,   Santafesino crops would be relatively out of danger.   But in that case, the important thing is to follow them closely to see well where they are going to establish their definitive base. In their current life cycle, they should be looking for a place to settle and reproduce. There would come the new generations of locusts. These, yes,   they will be young. Voracious   . Lethal for the field.