According to a report submitted by the Marine World Foundation. 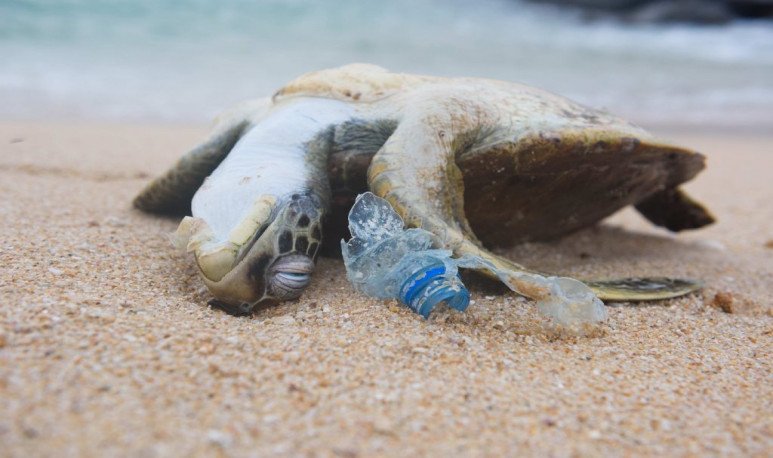 More than ninety percent of marine fauna found on the coast of Buenos Aires in 2018 showed some type of condition directly or indirectly linked to human interaction, the Mundo Marino Foundation reported in a statement.
The foundation found and assisted 363 animals on the coast of Buenos Aires, and 330 showed malnutrition, interaction with plastic and gill with fishing nets.
Malnutrition was one of the factors with the highest incidence, with 72 cases recorded, something that particularly affected sea lions as in recent years the number of these animals that appeared on the coast increased.

Sergio Rodríguez Heredia, biologist and head of the Rescue and Rehabilitation Center of the Mundo Marino Foundation, said that “lack of food may be caused by overfishing, even by global warming, which often alters the distribution of prey, and could also be generating toxic algal blooms in places where there is no there used to be.”
Another major threat arising from the analysis of the registration of assisted animals is gill in active fishing nets or in phantom nets that cause a large death of different marine species around the world.
Despite the collaboration of different artisanal fishermen from the region who themselves bring the meshed animals in their nets, 58 cases were recorded during 2018 with consequences derived from gillings.
The most affected species was the Franciscan dolphin, of which 41 specimens were found dead during the past year; the most emblematic case occurred in January 2018 with the appearance of a Franciscan dolphin and his breeding trapped in a ghost net.
A third threat was negative interaction with plastic, of which 39 cases were recorded.

In this sense Karina Álvarez, biologist and head of Marine World Conservation, pointed out that “historically, sea turtle was the species most affected by this situation. They confuse their natural food (jellyfish and gelatinous fauna) with plastic bags. In fact, today 97 percent of the turtles we attend have plastic in their digestive systems. But, striking, in recent years we have found marine mammals and birds affected by plastic.”
An unusual situation in 2018 was the stranding of large cetaceans; the first occurred in mid-August when a humpback whale was trapped in a trammallo net in the Punta Rasa area of San Clemente del Tuyú. Then, during the last weekend of that month, six killer whales were stranded: two in the Costa Party (Nueva Atlantis), two in the Villa Gesell match (Querandí lighthouse area), and two in Mar del Plata.