The Fundación Vida Silvestre Argentina conducted a census to determine the origin of the waste. 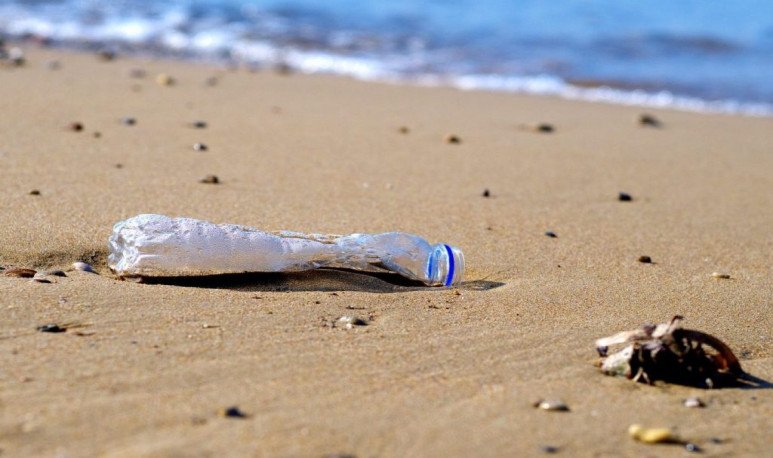 More than 80 percent of non-organic  waste  found in  Buenos Aires beaches are plastic  , reported the third Coastal Waste Census conducted by Fundación Vida Silvestre Argentina.
The census, carried out with NGOs from the main coastal cities of the province of Buenos Aires on 813,554 square meters of beach in 16 localities, showed that 82 per cent of the 46,673 non-organic waste found is plastics.
Within that 82 percent, the main waste detected were plastic bags, cigarette butts, plastic remains, nylon remains, caps and plastic bottles, among others.
According to Vida Silvestre in a statement,  tons of garbage arrive to the seas  daily through the drainage system (storm mouths, rainfall), rivers, wind and what they throw people in coastal environments. In turn, the sea collects waste during high tide and transports it to very remote sites.
Some of the “main actions contributing to the reduction of the inflow of garbage into the sea are the regulation of the delivery of bags to shops, the promotion of the separation of waste at source and its subsequent recycling by municipalities, and the correct treatment of waste at source and its subsequent recycling by the municipalities, and the correct treatment of waste garbage to prevent it from ending up at sea, through an improvement in rainwater drains,” said Verónica García, coordinator of the Wildlife Marine Waste Project.
According to different studies published in the journal Science in 2015, the deliberate production and consumption that has been taking place decades ago caused that from 1950 to 2015 we have generated 6.3 billion tons of  garbage  plastic.
Of that volume, almost 5 billion tons of plastics are still in the environment, whether in final disposal grounds, green spaces, in the neighborhoods themselves, the beach or the sea.
90.5 percent of the plastics manufactured were never recycled and only 9 percent of all the plastic waste we generate was recycled.
With this production, recycling and discard rate, scientists estimate that by 2050 some 12 billion tons of plastics will end up in garbage dumps or in the environment.