The Municipality of La Rioja incorporated the Yastay Faunistic and Ecological Park into the Andean Condor Conservation Program. 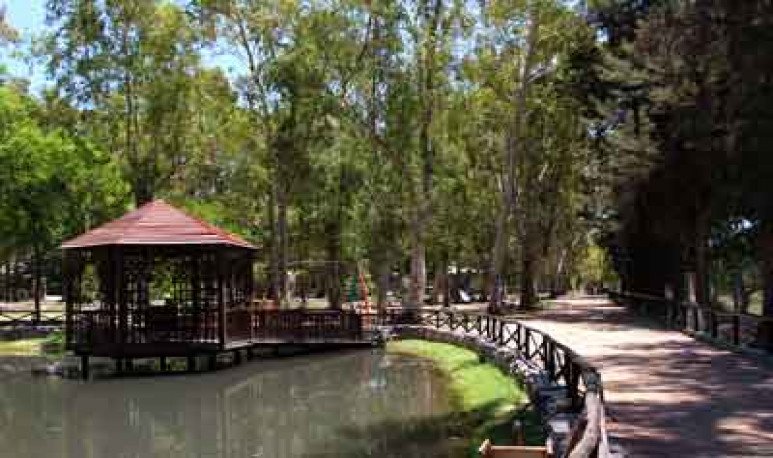 Inés Brizuela y Doria , mayor of the Capital of La Rioja , announced the signing of an agreement with the  Bioandina Foundation to be part of the Andean Condor Conservation Program (PCCA )  . In this way, the Municipality will actively contribute to protect the endangered species . The project integrates  Yastay Park  facilities to other  conservation centers of the specimen, being the first to operate in northwestern Argentina.

Brizuela and Doria expressed their pride for the collaboration in the preservation of the species that is in human isolation. The communal chief agreed with the joint work carried out between the Municipality and the Foundation. In the same vein, he highlighted the importance of current management in the  care of the environment.

“We have made a little progress, because at the end of May, we sent Condorito, a specimen born in the Yastay, to the Centro de Conservación SOS Salvaje, in Mendoza, where it is isolated from human contact and in the company of a female, who was also rescued,” the mayor said to via your Twitter account.

For his part, the president of the Bioandina Foundation,  Luis Jácome, highlighted the commitment of the Riojanos to the recovery of the species. He also mentioned that the Yastay functioned as a reproduction space of the Andean Condor, which gives it a clear advantage over other sites.

The agreement signed between the Commune allows government authorities of the province to take joint action through Yastay Park to rescue and preserve the species and then be released into its natural habitat. While the Organization will be responsible for providing scientific resources and training at the Yastay Conservation and Rehabilitation Centre.

The Andean Condor is considered the largest flying bird in the world and undoubtedly represents an emblem for the Andean countries. The species diminished its population due to the actions of man, and the forecasts for its future are discouraging. Although the total number of remaining specimens cannot be estimated, the fact is that in Ecuador, Colombia and Venezuela their presence decreased considerably. Currently, the largest number is found in Argentina and Chile, and slightly less in Bolivia and Peru.

The Bioandina Foundation is an organization dedicated to the preservation of wildlife and its environment with a strong focus on the Andean region. In this context, the Condor Preservation Program was launched, which began in 1991 and  managed to reintroduce 191 specimens in South America . The initiative seeks to  intertwine science and worldview,  claiming the Andean Condor as the living spirit of the Andes.

Since August the Riojan authorities have been part of the program, which makes the province the first in northwestern Argentina to do so. It should be noted that La Rioja has already intervened in the recovery of 54 specimens.

The space selected to carry out this task is the Yastay Faunistic and Ecological Park, which houses animals that, for the most part, were seized,  rescued from traffic illegal  hunting or road accidents. Its main functions are to develop techniques that improve the quality of life of animals. In addition, programs of reproduction, controlled release, among others are applied.