It's about Olaroz Chico, in the middle of the puna jujeña. 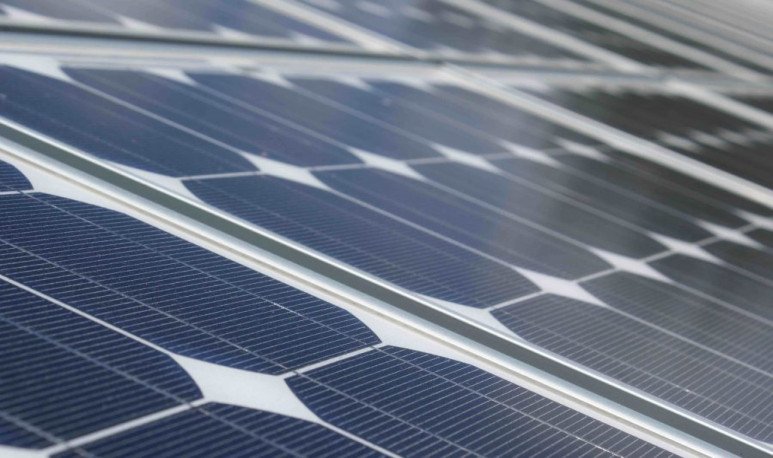 Olaroz Chico, in the middle of the Jujujuña puna, became the first town in the country to have an isolated photovoltaic energy system that will accumulate in lithium batteries and will have the capacity to generate electricity 24 hours a day.
The inauguration of the innovative system was carried out with the commissioning of an autonomous photovoltaic power plant at the entrance to the small town, located between the hills and where there live some 80 families who previously received energy from a plant that initially operated in 100 percent based on diesel, producing not only environmental pollution, but also sound.
National Undersecretary for Renewable Energies, Sebastián Kind, and Jujujuño Governor Gerardo Morales, led the inauguration ceremony that began with a ceremony of thanks to the sun, along with authorities from the company Ejesa, distributor of the electric power service in the province that pushed an investment plan towards the use of clean energy by which Jujuy will have nine solar villages in total.
The use of computers and other new technologies, heating homes when temperatures reach 10 degrees below zero and increased availability of electricity for the economic development of the village are some of the benefits that locals mentioned in the light of the new power plant, which has 430 solar panels which will generate almost four times as much as the community currently consumes.
“ This plant does not have to be the first of many, but the first of all. It is a central that means in terms of environmental care but, above all, quality of life, because it is in an isolated area,” said the Undersecretary of Renewable Energy when referring to the implications of the geographical location of Olaroz Chico, which, above 4000 meters of altitude, is about 300 kilometers from San. Savior de Jujuy.

Meanwhile, he stressed that the work carried out is in line with the decision that “Argentina has taken to convert renewable energies into a state policy”, with “concrete developments in the use of different sources of energy in 21 provinces”, by which “more 9,100 people are employed, more than 6.6 billion dollars are mobilized and more 4,500 million dollars are mobilized megawatts of power”.
For his part, Governor Morales was “proud” to inaugurate the clean power generation plant and said that “it incorporates five technologies from different parts of the world, including a jujeña, because it was the engineers of Ejesa who finished closing the system's operating cycle”, which makes it “unique in the country, on various continents and from the few in the world”.
In that connection, he recalled that Jujuy is advancing in the solar power plant project in Cauchari, which will sell electricity to the national interconnected system and that projected 621 hectares of solar panels, among other multiple initiatives to benefit the high levels of solar radiation in the province.
The president of Ejesa y Ejedsa, Rodolfo Pagliarulo, valued that it was a “huge challenge” for the company, in which “two resources that make Jujuy world leader: the sun and lithium” was used, so it “has a huge strategic value.”
It also confirmed the commitment to transform the rest of the selected villages, in addition to working on the electric train, to operate in Quebrada de Humahuaca; into 14 new solar power plants; and other projects already planned.
Juan Soriano, president of the community said that today Olaroz Chico is a “people that has fulfilled its dream of achieving greater well-being, having equal opportunities for development and use of its resources” and said that now “open, outside mining and renewable energies, other commercial and educational possibilities for community, but still looking after our Pachamama, our culture as native peoples.”