Two monkeys were in captivity in homes of Los Alisos and San Pedro. Both were rescued and will be reincorporated into their natural habitat. 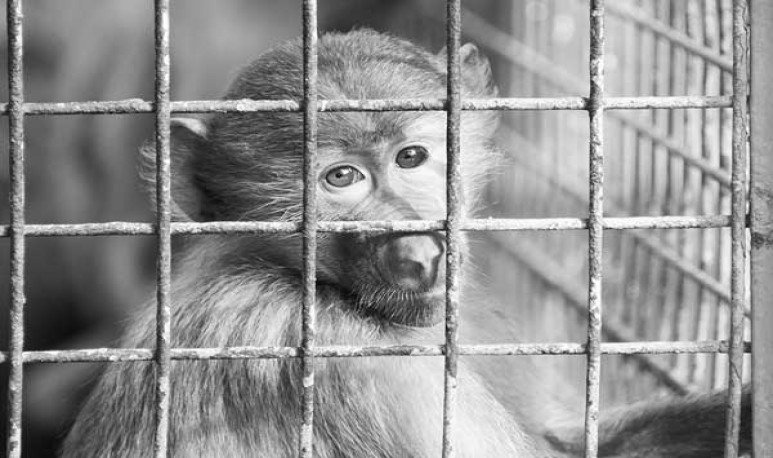 Two monkeys who were in captivity were rescued and put safe in the province of  Jujuy.  Although cases are isolated, they are people who had pets to these animals. The first was delivered voluntarily, after the owner was reported. In the second case, the monkey escaped where she was, but in doing so she had an accident and suffered burns when electrocuted with a light pole and then falling to the ground.

The first monkey was in captivity in a private home in  Los Alisos , in the department of El Carmen. This is a copy of Sapajus that was discovered by a neighbor, who filed the complaint to the competent authorities and began actions to rescue the copy.It is important to note that the possession,  hunting  or capture of wild animals is illegal and is supported by the General Environment Law and its regulatory decrees, the Hunting Act and the Law National Wildlife Conservation.

For this reason, the corresponding protocol was activated and technical staff from  CafaJU , which is under the Ministry of Environment of Jujuy, intervened. First they ensured that, indeed, the animal was in the designated dwelling.Upon verification, we proceeded to contact the owners of the animal to carry out the corresponding legal action.

In the face of the refusal to hand over the copy, the court was resorted to the court and a police intimidation was carried out giving a reasonable period of time to the owner of the monkey to hand it on a voluntary basis. Finally, the owner gave in and animal was left in the hands of CafaJu under observation. Fortunately, it was in good condition, although it was quarantined and then reinserted with others of the same species.

The second case occurred in the department of  San Pedro. A monkey fell escaped from the house where she was, but in doing so she suffered an electrical accident when she collided with the wires of the laying. In addition, he fell from a pronounced height and presented with burns and blisters. In this case, it was the police that gave notice to the Environment and Zoonoses units.

The professionals came to the place and noticed that the animal was not only injured, but also showed signs of being malnourished. He was also taken to CafaJu where he began his  recovery process  and to date showed improvements in his health. Authorities consulted reported that the monita was hydrated and fed with milk, banana, apple and cherry tomatoes.

These specimens inhabit the Yungas jujeñas, although unfortunately some people capture and sell them illegally to be used as domestic pets. People who acquire them often do not know the proper way to care and feed them. Fortunately both  were rescued  and will be reintegrated into the herd to recover the specific behaviors of the species.

In the province of Jujuy, the line of the  Ministry of Biodiversity and Sustainable Development of the Ministry of Environment  is enabled to report possession, illegal trafficking or case of exotic animals. In any case you can call  (0388) 4249264  or by email to  info@ambiente.jujuy.gob.ar