Home Argentine All environment How did you travel around the country when there were no cars?

The downside of the Paraná river exposed one of those relics of water transport. A boat from a time when there were no cars. 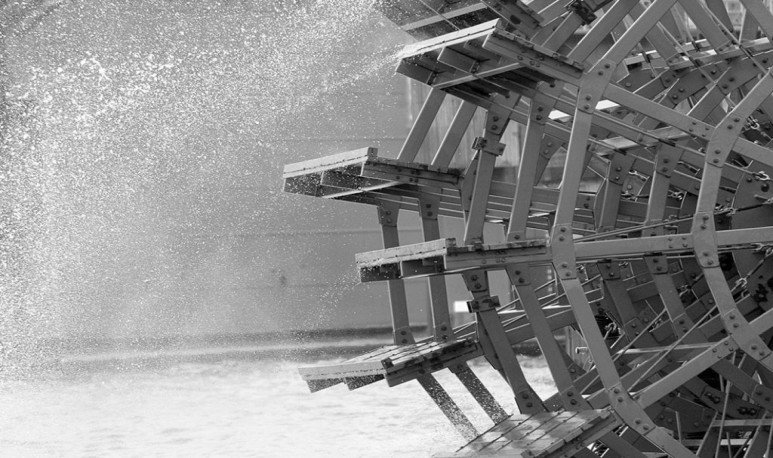 This is one of those “silly” questions, which we all ask ourselves, and which in the end are the ones worth asking. How did people travel in our country when there were no cars, collectives and planes? The  horse  and the wagon is the first option we can think of. But what about after that? How were people going from Buenos Aires to  Corrientes circulate? We are used to thinking about a very remote past or a very near past. But what about in the middle? In the middle there were  ships . But not just anyone.

The thing is that the unprecedented downside of the  Paraná river  left many things uncovered.  On the coast of Ita Ibaté, Corrientes, the remains of a ship that had sailed in 1900 were found . This ancient and picturesque steamer on wheels comes with a story that tells how the country was traveling. If we make a little effort, we can imagine the Argentine coastal landscape in the middle of the 19th century. What do you see? The Paraná River was full of small steamers on wheels that went from Buenos Aires to Corrientes. Passengers and merchandise went from one side to the other of the Paraná River and Uruguay. They were times when land  transport  was complicated, there were still no cars, collectives or planes.

Travel with steam and wheels

Traveling on one of those boats would have been a wonderful thing.  What can beat you to a walk in the  water  with a large moving wooden paddle wheel?  The thing is that these photogenic boats were fashionable for that time in the world and then in  Argentina . But, like all fashion, it had a beginning and an end.

The first of these ships first sailed on the Seine River. They say it reached a speed of 5 km an hour. Naturally, it was slow, but by that time it was quite a breakthrough. Since steam ships allowed trips no longer depended on the whims of the weather.  These beautiful means of maritime transport came to an end when they were replaced by propeller  ships   . That is why today they are a relic of other times with air of steam and wood.

The work of the Paraná Prefecture Sectional has been very important to safeguard the remains of this ship. Thanks to them,  the entire structure of one of the wheels of the correntino vessel has been rescued, along with other things . In addition, from the Municipality of  Ita Ibaté , work is being done to preserve the remains of this glorious ship.