Pests, garbage, unsafe water and polluting industries are some of the factors affecting children in the province of Mendoza 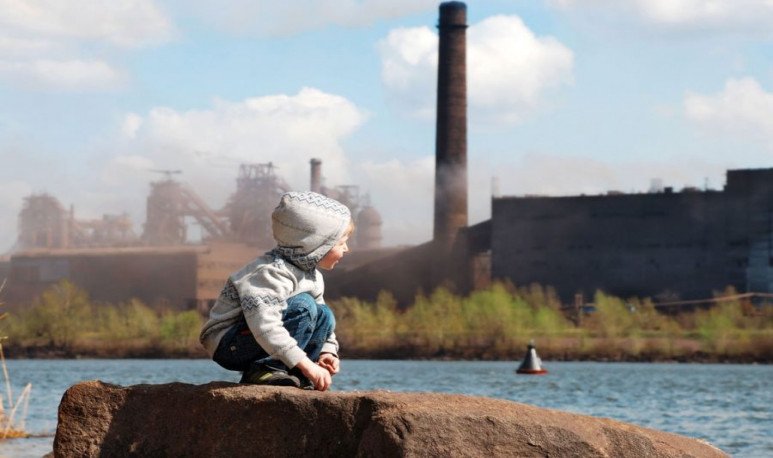 The most dramatic images are that of children who live surrounded by garbage in Borbollon , Puente de Hierro and El Pozo; who breathe stench and smoke burning garbage. Or the boys around the province of San Juan school, with the surrounding brick ovens and the particular “devil smell” that comes out by the sulfur you feel. The same for those who live in the lavallino dry, who consume  water  with arsenic that paints their teeth yellow and quietly hurts them inside.

These are extreme cases, but not extraordinary. Half of Mendoza's children are permanently exposed to environmental pollution and they are the most affected by their sensitivity to the problem when they are developing. The data emerges from the study “Right to a dignified habitat in  childhood ” conducted by researchers from the UCA Social Debt Observatory, where the context in which children in the country grow and also on their demands.

Children who grow up in those affected environments are more likely to have health problems. “A healthy environment is necessary for children to enjoy the right to life, development and  health . According to the UN (2018) environmental damage contributes to the emergence of severe health problems, such as asthma and other respiratory diseases, cardiovascular diseases, cancer and neurological disorders ,” the research explains.

As is the case when analyzing other variables, there is also inequality in access to a healthy environment. Children of a relative who have a more favorable economic situation live in a healthier environment. That is why, for example, 17 per cent of children in this sector have such problems, and instead they affect 61 per cent of those who grow up in working families and grass-roots neighborhoods.

To assess these dimensions, proximity to polluting factories, garbage burning, or  pests were evaluated. Pests of different types (insects and rodents, for example) is the problem that has the most incidence; followed by garbage and litter burning.

“On the one hand, children are particularly exposed to both water and air pollution, as their body is still developing (UN, 2018). They drink more water than adults in relation to their body weight and absorb a greater proportion of some water-borne chemicals,” the study says.

In Mendoza there are some data that seems positive, but only compared to other districts. Thus, for example, most children in Mendoza have within reach neighborhood and  solidarity  services (squares, sports center, shuttle service, etc.), although almost 30 per cent have at least three shortcomings in that style . In public services, the province also has a relatively better quality of life than the rest, with 15 per cent of children having problems with access to any of these rights (such as water, gas and sewers). Again the problem is distribution: while there are sectors that have 100 per cent coverage, in other areas of popular neighborhoods and settlements it is almost zero. In general, for example, 2 out of 10 children in Mendoza have had problems with water, pollution, scarcity or lack of access.

In the concern of the children of Mendoza there is a striking fact and it has to do with family life, what they hear and perceive. They are “adult problems, which concern children.” Overcrowding is the main problem at this level, but beyond that “fear of losing housing” is a frequent concern. In the province, 20 per cent of children have this problem in their heads and it is because they “listen to it in the house”.

Insecurity is a common problem

In terms of quality of life, there is a dimension that draws attention to widespread perception and has to do with insecurity. Again it is a fear transmitted by adults. In Mendoza, 8 out of 10 children (78%) say they feel insecure on the street . This indicator is subjective and was taken by surveying families. There, they explain from the UCA, there is no class difference: all social strata consider it dangerous that children are “from the door of their house outward.” The police surveillance deficit reaches 58% of respondents and there are again inequalities. Home remains a safe place, as most say they feel safer in that area.