According to an international study, warming climate change will drastically reduce current wine-producing areas such as Mendoza. 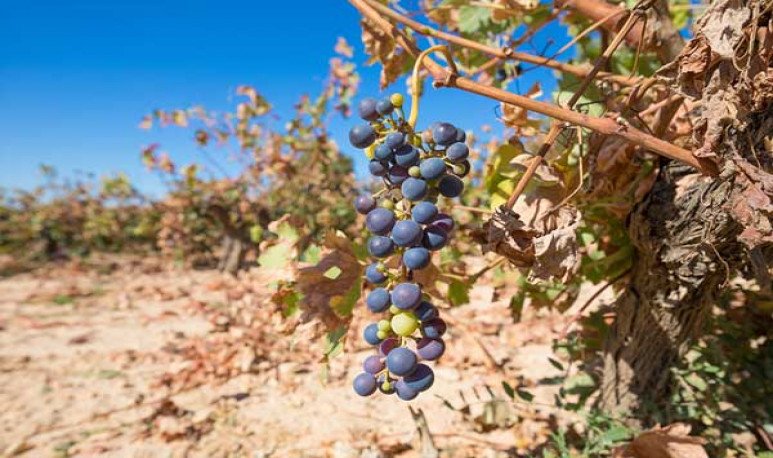 A study by the University of Alcalá de Madrid concludes that  an increase in global temperature of 2°C would reduce by up to 56% the regions of the world that currently develop wine growing. Going a little further, he warned that a warming of 4 °C would reduce by 85%  the wine-growing areas suitable for producing good wines.

The research, which was published in the prestigious journal   Proceedings of the National Academy of Sciences  ,  began at Harvard University . The work focuses on a key feature for climate adaptation:  phenology. This is when the key stages of development occur and, in this case, affects 11 varieties of vine distributed around the world : chasselas, chardonnay, garnacha, monastrell, pinot noir, riesling, sauvignon blanc, syrah and ugni blanc,  cabernet sauvignon and merlot, the latter two are common in  Mr. Mendoza .

The results indicate that, if 2°C of global warming were reached and adaptation measures were not implemented, 56% of the world's wine areas could no longer be suitable for viticulture, whereas, if producers replaced the most vulnerable varietiesby others better adapted to the future climate, losses would be reduced to 24 per cent.

For example,  in the French region of Burgundy , varieties better suited to heat such as monastrell or grenache could replace varieties grown today as pinot noir. In Bordeaux, cabernet-sauvignon and merlot could be replaced by monastrell. The authors explain that  wine regions   with colder climates, such as Germany, New Zealand or the North West Pacific, are not seenwere negatively affected in the scenario of 2 °C of warming, but more temperate areas such as Mendoza were.

On the other hand, the cultivation of varieties of colder climates, such as pinot noir, could expand into larger latitudes. In addition, it is noted that  today's warmer regions, such as Italy, Spain or Australia, face greater losses if action is not taken.

The work confirms that the replacement of varieties would be less effective as heating increases:  with an increase in temperatures of 4 °C, diversity in wine-growing areas would be able to avoid only one third of the losses (from 85% to 58%).The results of the study could be valid for adapting to climate change other areas of agriculture beyond viticulture .