Home Argentine All environment Garbage on the coast of Alto Verde

The downside left in sight garbage thrown in the ravine of the coastal district of Santa Fe. The impact on health and the ecosystem. 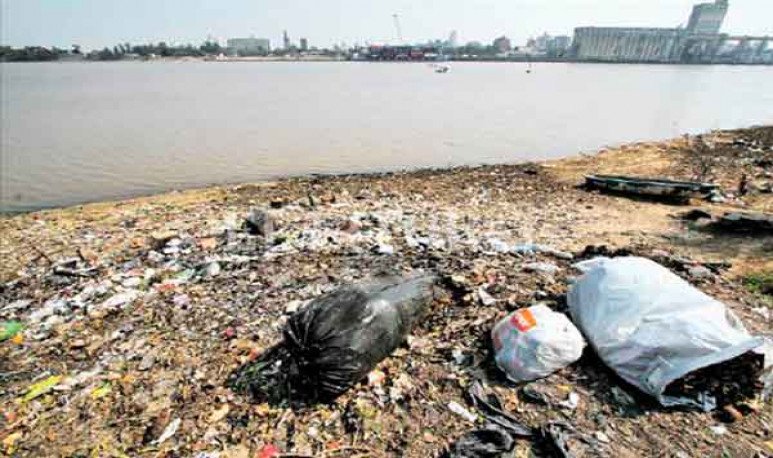 Broken bags with scattered trash, bottles, chairs, tires, appliances, shoes and all kinds of plastics and metals are the  unfortunate landscape  of much of the Alto Verde canyon. The waste is dumped by residents of the riverbank along the entire coast over the Santa Fe River and the Port Access Channel. With the downside of the river, everything was visible.

It is a  source of   environmental  pollution  that impacts the but what is most worrying is its impact on the daily lives of the inhabitants, especially those of the coastal district.

There  live many fishermen  who take advantage of the natural resource provided by the river. However, for lack of environmental awareness or other reasons, waste is thrown at the coast every day, from the yard of the homes.  And when the river grows, that garbage sails through the waters and ends up in the bed and even in the beds.- Yeah .  This was determined by researchers from Conicet Santa Fe and UNL, who managed to detect in the region the presence of micro-plastics (fragments smaller than 5 mm) ingested by fish and birds, which accentuates the problem.

These scientists have been studying the pollution of our rivers for years. In a report released in 2016, for example, they recorded an  average of 100 plastic bottles per kilometer  in Setúbal Lagoon, a level much higher than other water bodies in the world.

Although studies were carried out in other areasof the  of Paraná in our region and in the Setúbal — and not specifically in the Santa Fe River, over Alto Verde— specialists are concerned about the impact of garbage on the entire ecosystem .  And they developed a specific project for this coastal district (which has not yet been initiated), with the aim of contributing to a cultural change in waste management.

It is household waste that is discarded daily. Neighbors say they throw the garbage off the coast “because the garbage can doesn't pass,” Paola warns, or because the container where they have to throw it for the collector to take it “is far away”. In addition, in these communal baskets there is a large amount of garbage thrown outside, over the other ravine, against the internal baths of Alto Verde, where  dogs and other animals break the garbage bags  in search of food.

Beyond the behavior of some neighbors, from the Neighborhood complain about the waste collection service and say that they are not satisfied “with either, neither the municipal nor the Cliba”, said Camargo. “We have to refuse every day because the trucks do not comply with the routes,” he warned. “They always have a but... and they say the wires are low or there are wells.  We need more controls on the issue of garbage .”