Fire signs will be located on the ISCAMEN barriers, in Ñacuñán, Monte Comán and on Calle 7 and Route 188 of Alvear. 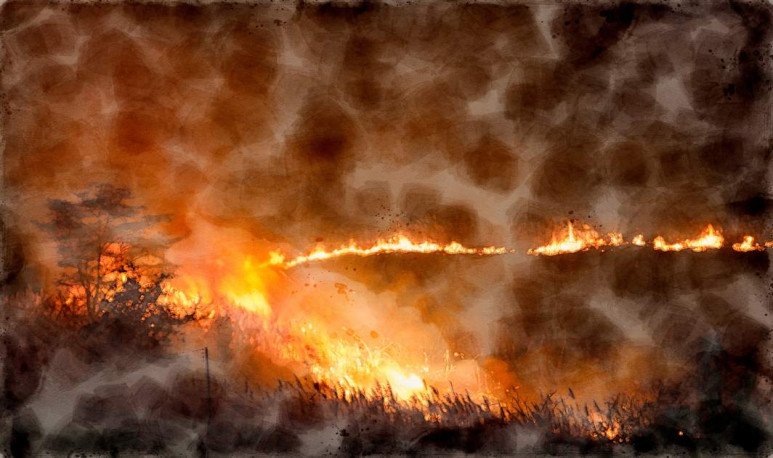 They will place signage that will indicate the  risk of forest fire  at strategic points in the province as part  of the forest fire awareness and prevention program  in conjunction with the  Provincial Road Directorate , ISCAMEN, Civil Defence and the Municipality of General Alvear.

As explained by the Secretariat of Environment, the work consists in the  installation of warning devices that exposes the Forest Fire Risk Index depending on the state of ignition hazard of vegetation near provincial routes.  The information will be updated daily after noon.

The first stage of signage will be placed in the health barriers of  ISCAMEN, on Provincial Route 153, in Ñacuñán and Monte Comán and on Calle 7 and National Route 188 in General Alvear .This signage will seek to inform and raise awareness to  drivers and passengers who travel daily  through the different routes in areas of risk of  fires  so that the necessary precautions are taken in order to avoid the ignition of fires that could result in forest fires.

How is it measured?

The Forest Fire Risk Index results from the  combination of different factors such as meteorological conditions such as temperature and cloudiness, Relative Humidity in the Environment, the Velocity of the Surrounding Winds and the concentration of Plant Fuel among others.

The Directorate of Renewable Natural Resources carries out with the Municipality of General Alvear maintenance of fire bites in that municipality, for 500 km, of which 200 km were already carried out in livestock fields that have scarce economic resources  to deal with works and that their productive unit does not allow them to cope with the cleaning of bites and that have a high value in the territorial conservation of flora and fauna.

On the other hand, next to the Hydraulic Management, a strategic stopping 70 km long with a width of approximately 25 meters is being carried out, quadrupling the width of conventional bites . This is located at kilometer 92 of provincial route 153 and borders the Ñacuñán Biosphere Reserve until RP 77.

Occupying the surface of the departments of Santa Rosa and La Paz, this strategic bite not only generates a defense on the south side of the protected natural area but also allows a connection between these two  routes  that improve the speed of response of forest pumps and squad squads to a loss in the area.