Home Argentine All environment Ecovuelto, a growing trend in Mendoza

An ecological response to the lack of coins. 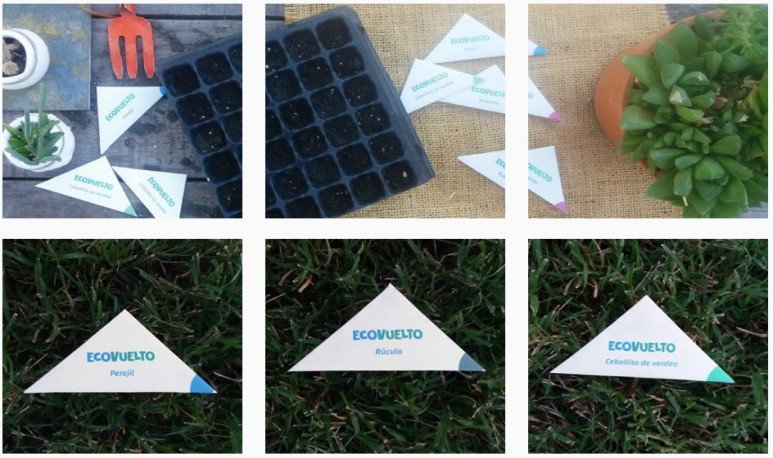 “I don't have any coins, can I give you a candy?” This is a question that all Mendoza have heard more than once. Even, in pharmacies there are back in band-aids, aspirin, in bookstores before the lack of coins give gums, pencils or even adhesive tape. These are ways that society adapted to the impossibility of achieving small change. In the middle of this situation, a 28-year-old had an idea: to give seeds as returned .

It is “Ecovuelto”, an ecological response to the lack of coins and which consists of delivering as turned small triangular envelopes with a type of vegetable seed for an organic vegetable garden such as green onions, arugula, parsley and radish, each in its package . The merchant acquires the packaging and gives them the value they want at the time of making a change. Currently, in Mendoza, several locals joined this trend.

“I've been thinking about it long ago but for different reasons I never carried it out. So, at the beginning of this year, I decided to do it and see what was going on. I started walking the streets offering it and began to have acceptance, in fact, it grew faster than I expected. About 20 shops in the province already dan Ecovuelto, are local in Luján de Cuyo, Guaymallén and Godoy Cruz. Now, I'm taking the proposal by City,” he told SiteAndino, Leandro Bompadre (28).

Leandro studied Graphic Design at the National University of Cuyo (UNCuyo) and his career and lifestyle he learned at home helped him devise this proposal. “In the faculty we are taught to detect a problem and find a solution through design. On the other hand, in my house we have organic garden and the truth is that I always liked it very much, that's how I came up with Ecovuelto and the answer was very good. When I return to the merchants that joined, they always give me positive feedback,” said the young man.

He added: “I think this proposal benefits the trader. Firstly because each sachet buy it from me at less than two pesos and then they decide what value it will have at the time of giving the return, in that they have freedom so they can make a difference. Many give them away as a customer service and everyone gets a positive image related to the environment, which is called eco-friendly.”

This venture began in February and leaves a very low profit margin as Leandro must cover costs of: design work, labor, fuel and time. However, the young man is convinced thathis proposal is a good alternative to the lack of coins and finds motivation in the comments of those who joined his idea and in the support and help of his family.

“My parents and my girlfriend always help me. Besides, they were the ones who pushed me to start with this idea. I think that young people also support each other in the ventures we started. For example, I have a huge help from LSD Impressions, I don't know if I could afford packaging if they didn't give me a hand with the impressions,” the young man closed.

Ecovuelto is already present in kiosks, buffets, nurseries, dietetics, bookstores and bars in Luján, Guaymallén and Godoy Cruz. Coming soon, perhaps this proposal will also be possible in City.