Home Argentine All environment Do you know Cappuccino Iberá? No, it's not a coffee.

The province of Corrientes declared a natural monument to Capuchino Iberá, an endangered bird that will become protected against all risks. 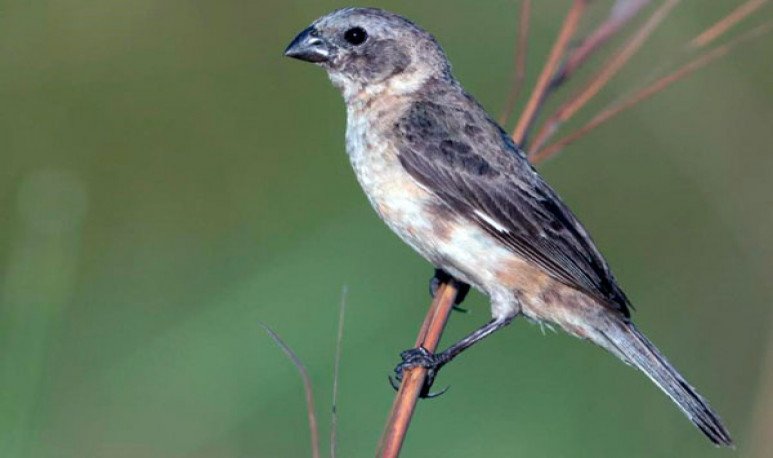 The Chamber of Senators of Corrientes gave  half sanction  to a  bill c  entralized in the  Capuchin Iberá  . It is a  new species , whose scientific name is   Sporophila iberaensis  . Its discovery was made  by Conicet researchers Adrián Santiago Di Giacomo and Cecilia Kopuchian.   Both dependent on the Laboratory of Conservation Biology of the Center for Applied Ecology of the Litoral (Cecoal). The  initiative  belongs to the  Ombudsman   of the Province, César Vallejo Tressens  and represents a  triumph  in the care of the local fauna.

Environmental awareness for all

The recognition carried out by the Correntine Legislature is of great importance because it implies  absolute protection of the bird . In this way, the norm implies that  measures are arranged and taken to deepen their study and that of their habitat . All with the aim of fully ensuring its  conservation  and  preventing  its  extinction  in any way. It should be noted that we are talking about a class that circulates  exclusively  in the  Esteros area of Iberá .

The draft drafted consists of  eight articles  , including  harsh penalties  for those who fail to comply with it. Under this line,  penalties are established with fines of up to a thousand salaries of the Director of Parks and Reserves of Corrientes . In the meantime, the implementing authority will be that provincial body. However, it was determined to notify the National Gendarmerie and Argentine Naval Prefecture of the measure. The same will happen with the Ministry of Environment and Sustainable Development of the Nation and Ministry of Tourism of the Nation.

In this regard, many institutions are involved in such legislation and are concerned about supporting them. Some of them are the National Parks Administration, the Wildlife Authority of the Nation and the National University of the Northeast. Also, the Fundación Vida Silvestre Argentina, Aves Argentinas, Conicet, Birdlife International and International Union for Conservation of Nature, among others.

The  research  carried out in  2016  in this regard yielded information of extreme relevance. There, it is indicated that the cappuccinos are a kind of endemic birds  coming from South America . As for their contexture, they have  small size and reach the eight grams of weight . They also  inhabit pastures and mesopotamian wetlands .

They feed on seeds of native grasses and apparently  like to travel a lot , as they spend it  migrating . Under this line, they reproduce in the lands of Corrientes, especially in the Iberá and its surroundings. Then, they head north in the winter to central Brazil and eastern Bolivia. They're too adventurous to want to lose, aren't they?

It should be noted that, by the end of June,  five red macaws  were released in the Iberá Esteros and  totaled 15 copies  in total. This is part of an initiative by which authorities attempt to  found  a  new wild population  . It is that this species had been  extinction for a hundred years because of illegal and indiscriminate hunting .

In addition, it seeks  to recover the native fauna  of the protected area of  wetlands  in the region. Let us not forget that we are talking about an  ecosystem  spanning 12,000 square kilometers in the northwest of the country. won the title of being  the second largest in the world . Accordingly, the project is supported by the  Government of Corrientes and National Parks in recognition of  their  urgent needs  .