Home Argentine All environment Cordoba: in the eye of the storm

We tell you all about an international project that studies the weather conditions of Argentina's strongest thunderstorms. 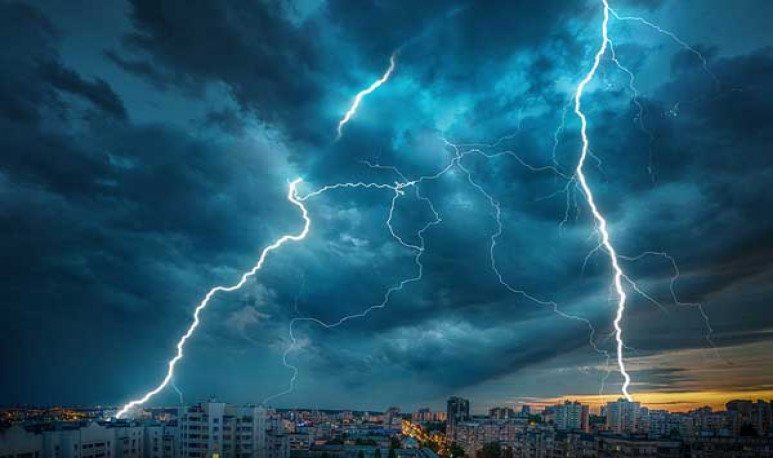 Córdoba appeared in the headlines of the New York Times for its striking storms and related studies.  “ What happens within the fearsome thunderstorms of the province of Córdoba?”,  asked the famous international newspaper. However, it was professionals who answered. But, in order to know  where we stand , we have to take into account a  supercurious fact about our country . According to some studies,  Argentina is one of the most lightning producing countries in the world. The World Meteorological Organization (WMO) established that the longest rayoccurred on March 4, 2019, in southern Cordoba and in the province of Buenos Aires .

Weather changes  have been evident to any inhabitant of this area of the country. Córdoba has  increasingly intense cold,  intractable heat and storms that bring fear.This is largely due   to global climate change. Global warming, as a result of pollution and low awareness in society, is reflected in the sky .   An increasingly angry sky, that pulls us with everything.

A lightning of knowledge

Matías Lenardon, a local radio meteorologist in the town of Berrotarán,  tells the  New York Times :  “Before, it was impossible for me to imagine more than one harmful storm a year. Now I'm waiting for three or four,”  he said. This commentary, and the extensive note made, drew attention to a  group of scholars  on the subject. One of the most curious was Steve Nesbitt. Steve is a professor of Atmospheric Sciences at the University of Illinois.Since 2018, it has been the promoter of RELAMPAGO-CACTI, an   international scientific project.

“ The particularities of  the soil and humidity of the atmosphere  in the mountain areas of Córdoba, San Luis and the Andes range, have extreme meteorological characteristics.  We are attracted by the climatic particularities of central Argentina and its high impact phenomena.This will improve their understanding, the quality of forecasts, the issuance of weather alerts and the development of contingency plans,”   Nesbitt said to a media interview .

In the “storm fighters” and the participation of  professionals from around the world , the area  was studied and the results  were wonderful. The development of the programme and the observations made helped  to prevent and warn future climate changes.

An umbrella of possibilities

Several organizations  participated in RELAMPAGO-CACTI.  All from the American continent . From North America, the National Science Foundation, Department of Energy, NASA, National Oceanic and Atmospheric Administration (United States), National Institute of Space Research, National Council for Scientific and Technological Development participated. From South America, the University of São Paulo, the Foundation for Research Support of the State of São Paulo, the University of São Paulo (Brazil) and CONICYT (Chile).

Argentina, obviously, also added  its institutions : the National Meteorological Service, CONICET and the governments of Córdoba and Mendoza.