Home Argentine All environment Benteveo, proclaimed the bird of resistance

A contest organized by the commune and the Bird Watchers Club Guaicurú determined that Benteveo will be the bird of the city. 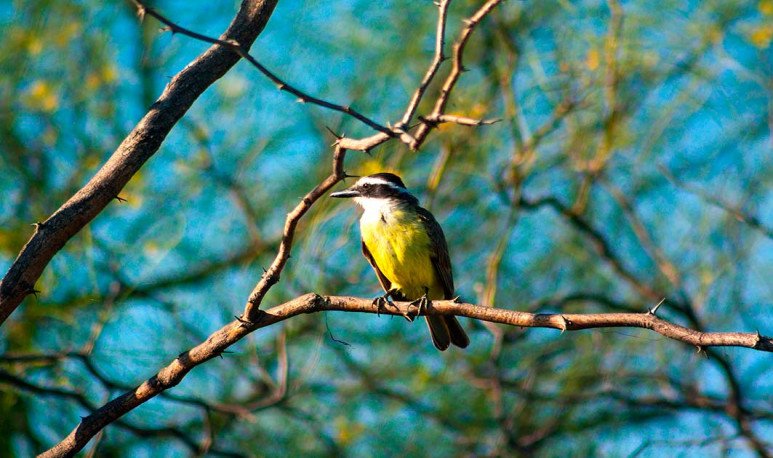 The contest  Election of the bird of the city of Resistencia , which had Benteveo as the winner, was organized by the  Bird Watchers Club  (COA) Guaicurú. The Ministry of Environment and Public Services of the Municipality of Resistencia also participated. The aim of the initiative was to ensure that this selection serves to promote the knowledge, valuation, preservation and protection of local species and natural habitats. This drives the construction and strengthening of an identity as citizens of Resistance in relation to the environment.

The Secretary of Environment and Public Services,  Bernardo Voloj , explained that after two and a half months of the selection process, with more than 1000 participants, Benteveo was chosen as the city's bird.

This competition contemplated a democratic and participatory voting process, which sought to reach all the inhabitants of Resistencia. Citizens were able to participate in different ways, such as virtual voting through a form available on the official website of the municipality  chaque  o . Another way of voting was through the placement of coupons in ballot boxes located in different parts of the city.

Birdwatching: a brand of the city

Voloj stressed the importance of this  environmental initiative, so that birdwatching is registered as a trademark of the city. Benteveo is not the only protagonist, birds in general are attractive in Resistance. This discipline, which is booming in many cities, can become a source of income from  sustainable tourism.

“These initiatives in turn generate the strengthening of environmental and institutional actions and protecting our city's biodiversity,” said Voloj.

This bird from the  Tiranididae  family is named for its characteristic song. In addition to catching insects in full flight, he also hunts lizards on tree trunks, eats some fruits and descends into the water to catch small  fish  . They are sociable birds, alive, meek and, despite the fact that their singing is somewhat noisy, it is not unpleasant. In some places it is believed that when the benteveo screams at noon, next to a house, it warns the arrival of unexpected people. Elsewhere they attribute their cry near a house to a birth announcement.