Home Argentine All environment B companies: are entrenched as another way of doing business

These are companies that, in addition to having profitability objectives, are intended to cause a positive social and environmental impact. 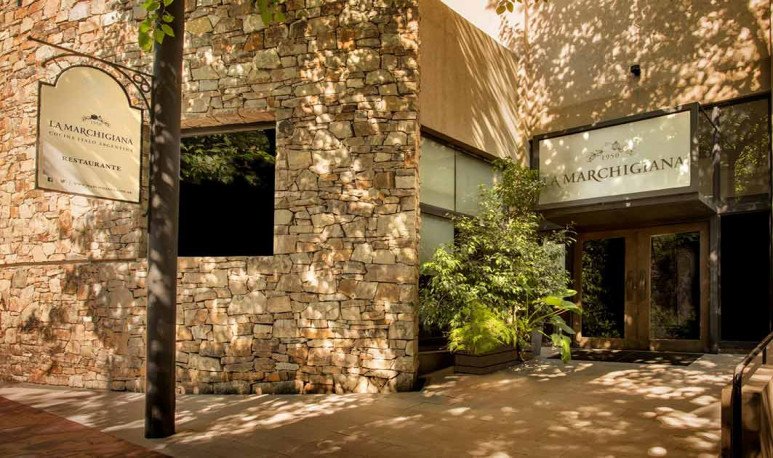 It may be that when buying a bottle of mineral water, you noticed on the label that the brand highlights that it is a company B. Or that the same thing happened to you when entering a web portal, not knowing what it is. Firms that access this certification achieve this by demonstrating its triple impact — economic, social and environmental — and committing to permanent improvement. In short, these are companies that seek to have good results in terms of numbers but also offer solutions to social and  environmental problems.

The movement began in the province about five years ago and has been growing to the point that there is a campaign to choose the company most loved by Mendoza (although it is not a requirement to be B, yes share a similar look on how to do business); the Municipality of Capital approve andoacute; in 2018 an ordinance incorporating the triple impact criterion as one to consider in the commune's hiring; and  the province's government developed Mendoza+B , an initiative aimed at promoting the creation of social value,  environmental  and economic.

Alexis Atem , from Energe, one of the B companies in the province,  points out that it implies an evolution with regard to corporate liability actions, which in some cases were associated with a laundering of  consciousness . In the case of B firms, it is a matter of incorporating certain values directly into the business model. For their part, the idea of certifying arose when they learned that other Mendoza companies, such as La Marchigiana and Reciclarg, had done so . They knew that the environmental aspect was covered because they are dedicated to manufacturing solar-powered products; so was the economic aspect, since it was an SME entering the renewable energy sector (until then in the hands of large companies); and that they also had some proposals related to the social.

Energe has a first job line, where they hire inexperienced young people and train them to work in the company. They also take people with Down Syndrome to perform some specific tasks (where they perform better than others).

Atem argues that, in  order to be B, you must answer a questionnaire    that allows you to ask questions about how to understand the company. Among others, whether there is a gender parity, whether there is a policy for persons with  disabilities , whether the wage gap is wide between who most and least win. “These are issues that we had not raised before and we began to measure,” he said. For him, certification should not aim to increase sales, nor is that the purpose pursued by an ISO. However, he noted that consumers are increasingly aware and create complicity with companies that meet certain parameters.

Joaquín Barbera, from   La Marchigiana ,  one of the pioneers in the province, said that there are not many companies that have certified — there are also  Grupo Danone (Villavicencio), Bodega Lagarde, Otaviano Bodega y Viñedos, Silica, Xinca and Bodega Dolium  , among others, but several more are committed to generating a positive impact. He added that the organization that favored this view is Valos, from the promotion of corporate social responsibility actions that create economic, social and environmental value.

Barbera stressed that B companies seek an economic result, because otherwise they are not sustainable, but they also incorporate into their business model working with the community. And while these companies are increasingly valued by customers and there are other firms looking for them as suppliers — Mercado Libre is making “shopping with purpose” — working on this line also allows to improve performance, since the work climate and the relationship with suppliers is enriched .  As for some contributions they make from La Marchigiana, he explained that they deliver the used oil to a company of women victims of violence, who recycle it to make soaps, and buy ketchup from El Arca, an association of producers who anticipate part of the money to buy raw materials.In addition, they are advancing in the urbanization of a lot, through a mutual of employees, to build 55 homes for the equipment.

The most beloved company

Last year, from a technological development consultant decided to launch a campaign for Mendoza to choose the most loved  company   . Rafael Kemelmajer, one of the ideologues of this initiative, acknowledges that it may sound utopian to talk about affection in the market, but that behind this somewhat innocent concept is the idea of a firm that not only seeks to innovate for good economic results, but works also for the common good .

In 2018, instead of choosing a single company, they reached the “final” ten, from a big one to an entrepreneur who spreads local culture through a blog. The winners were invited by the consultant Quinto Impacto (certified B) to reflect on what it meant to have been selected by Mendoza and what new actions they thought to face to redouble the bet.

“There is no marketing that pays something like that,” Kemelmajer launches on the rating that resulted in the popular vote. “We seek to start reflecting on this and generating chains of actions for the common good,” he explained. And it highlights that companies that are good for society are chosen by consumers — at equal prices — and talents are looking for work in these types of organizations.

He also stressed that there are laws, such as the ordinance of the Municipality of Capital, which is the first municipality in Latin America to give priority in tenders to triple impact firms. Moreover, there are investment funds that are investing only in such companies .