The Amazon has a very important influence on climate and hydrology throughout the Americas, said Sandra Diaz. 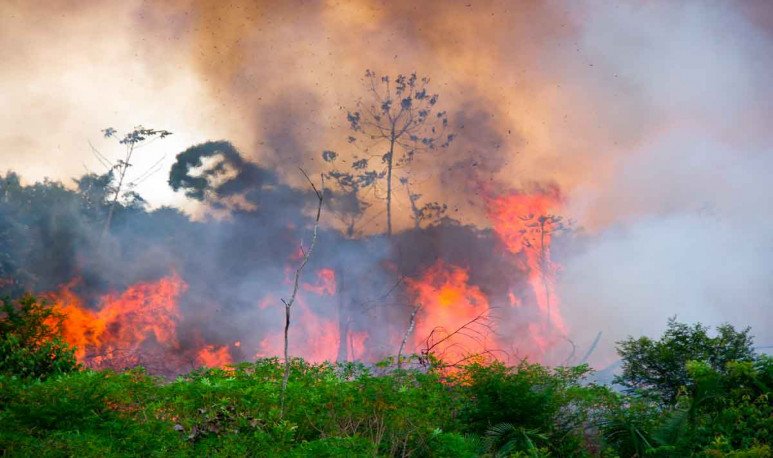 The fire in the Amazon “is a major environmental disaster caused by evidently socioeconomic reasons,” said Dr.  Sandra Díaz , a biodiversity specialist, on the eve of the prize she will receive from the  Bunge y Born Foundation for her scientific work.

“It's a big environmental disaster. Every ecosystem that disappears impoverishes us all, so it is so serious. The  Amazon  has a very important influence on climate and hydrology throughout the Americas,” said  Diaz  .

The fires in the  Amazon , which began on August 10, affected more than 70 thousand hectares of the Brazilian jungle, and spread to other countries.

“With these fires there is the problem of diversity, since the jungle is a reservoir of unique species that if lost, are lost forever,” he warned and said that “the Amazon has a huge number of species per square kilometers, it is a large 'universal library'”.

Meanwhile, the biologist also explained that the loss of vegetation contributes to climate change because “that carbon that was in the soil and trees goes into the atmosphere.”

“It is clear that these fires are not due to climate, but rather the socio-political context. It's not the same in Brazil as it has been in other years. Now these fires have a free court,” he said.

During 2019, when Bolsonaro assumed, the increase in Amazon deforestation illegally carried out was 45%, according to the National Institute of Space Research (INPE).

The Bunge y Born Foundation will present its 2019 Scientific Awards in Ecology at CCK (Sarmiento 151, CABA), where Díaz along with the Doctor of Agricultural Sciences Lucas Alejandro Garibaldi will be recognized for his contribution to science.

“This recognition is given to two experts who for years have been warning about the misuse of the environment, and that comes at a time of serious crisis of natural resources, with a focus on the Southern Cone,” they explained from the Foundation.

Díaz  holds a PhD in Biology from the National University of Córdoba, Honoris Causa from the University of Buenos Aires, and Senior Researcher at the National Council for Scientific and Technical Research (CONICET), at the Multidisciplinary Institute of Plant Biology (IMBIV, CONICET-UNC).

The researcher works by analyzing the plot of life (biodiversity) through plants.

“Nature is everyone's heritage and is a constant source of benefits we need. The use we can make of it is not incompatible with good condition, as long as we have minimal qualms and precautions, since life in nature regenerates quickly,” said Sandra Díaz.

“The thing is that today, those who benefit in the short term have a party, that then pay others, that we all pay,” he concluded.