Home Argentine All environment And if there comes a gray river...

Because the fire went out, but the consequences are terrible. The postcards left by the fires are terrifying. 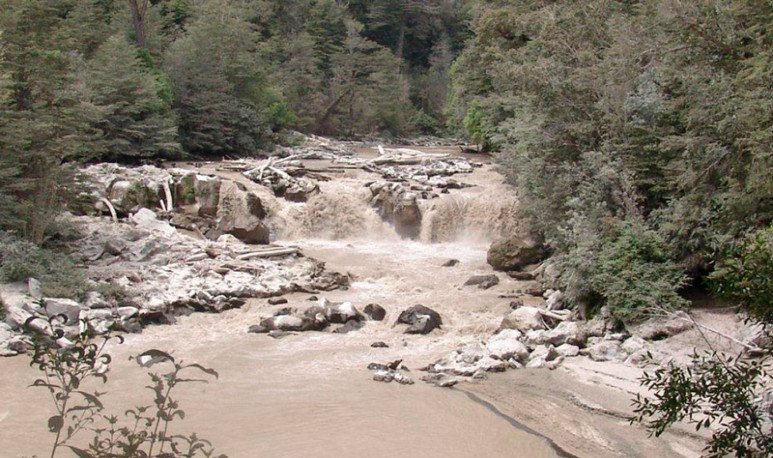 “ And if there comes a gray river that separates the world in two, I would like to be on the same side, baby, as you...”,  sings Andrés Ciro Martínez, exvocalist of Los Piojos.  As a prophecy,  a gray river came to stay in the province.  After the fire, the rivers that cross the mountain localities are crowded with ashes. The landscapes that should be green, are black and the  water of the rivers that used to be crystal clear  turned into  gray and thick mud . That's the postcard that leaves us through the fire.

Now all the spotlights are definitely extinguished, and they announce rains for the rest of the week.  That is why  we breathe more calmly and thank heaven.  However, the holy rain that came to wash and put out the flames also came to show us   the most daunting postcards.

Alpa Corral: a river of ashes

The town of Alpa Corral is one of the most affected , because it was one of the most attacked by fire. Now, after the water, the  ashes plug and there is a risk of flooding.  For this reason, the Municipality decided to cut off the water supply to prevent sediments from breaking the extraction outlet.  After the rains ,  the landscape of the Alpa Corral river dawned gray with a mantle of ashes covering the flow of water  and piled up in a small dam located at the height of the spa. 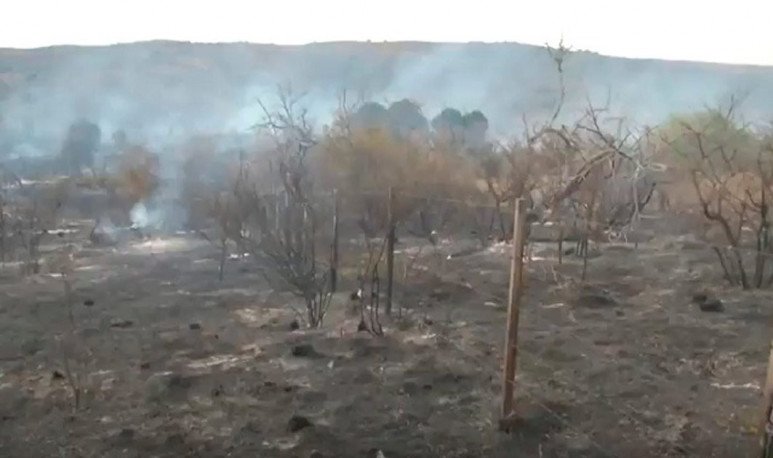 “ The rain dragged ashes from the fires into the river, soiling the water  and thus causing considerable turbidity by solid suspended particles,” the municipality said in a statement. The main step they took was  to shut down the water extraction and pumping pumps in order to prevent such sediments from causing equipment damage,  plugging pipes or making tanks dirty. In addition, they clarified that a series of  studies will be carried out to analyze the quality of water  and determine whether it is suitable for consumption. They also asked all neighbors to “moderate consumption of drinking water”.

“ The water is totally black. It drags all the ash, and we not only put bombs at risk, but garbage can get into the water tanks and this will bring problems to the neighbors,” Mayor Maria Nélida Ortiz said to the local portal Puntual.

Yes, we breathed calmly again and the neighbors of the  Sierras are no longer being evacuated . Yes, animals can now gradually return to their natural habitats without the risk of burning. Yeah, we're calmer than before, and thankful for the rain.  But there are only ashes left from the mountains that were green and bushy. And now what?

Fernando Barri, biologist, Conicet researcher and UNC teacher,  tells the media  that “the main problem of fires is that they leave the soil uncovered with vegetation.  When exposed, that soil is much easier for erosive agents, water or wind, to move it, drag it and lose part of that surface that is essential among other things to absorb rainwater. What we call the sponge effect.” That is why, despite being calmer,  much remains to be done.

What the fire took

The rain already did its thing: it extinguished all the hotbeds of forest fires.  But for us as inhabitants of this Earth we have to ask forgiveness, with deeds, and  change our consumption habits.  In addition  to fighting for laws that defend the native forest,  which can not alone, he needs others to be his voice, because if not  real estate businesses step harder.  For a law that protects these devastated territories,  until they enchant us again  as always did the mountain landscapes.  It's 300,000 acres that took the fire, and 300,000 acres that we have to recover.

Firefighters are still on the guard of ashes in many localities, and that is also part of continuing to take care of what little we have left. Thanks to them, always!